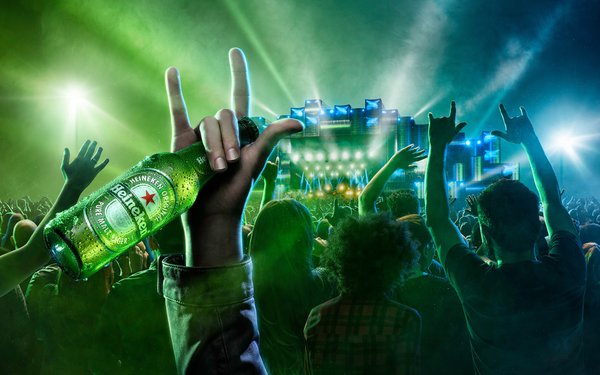 Heineken worked with Teads, which combines shopper and retailer data for ad targeting, and Dentsu, its agency partner in Brazil, to globally test an attention measurement campaign around its official sponsorship of the Rock in Rio 2022 music festival.

Attention metrics will become the focus for many brands in 2023. Agencies and technology companies have found that viewability is not enough to predict advertising effectiveness with certain factors such as format size, length, and page position -- especially when the campaign results are analyzed individually.

The three companies recently released findings from the test that ran at the event in Brazil. The campaign’s APM, which means the average attention per 1,000 impressions measured in seconds, was found to be five times higher. The view rate was two times higher -- at 66% -- than Lumen’s benchmark on digital campaigns.

The findings from the model surprised Fernanda Saboya, director of consumer connections at Heineken Brazil, who decided to develop the campaign focused on attention metrics because it offers a more qualified vision of impact compared to previous methods of measurement.

“In an environment where people dedicate less than 10 minutes of their attention each day to advertising, we need to find other ways to evaluate engagement,” Saboya stated, adding that the "results show we are on the right path to creating more assertive campaigns that capture attention in a much more effective way.”

Heineken also achieved the highest level of brand recall among festival sponsors. The companies also conducted a creative pre-test before executing the campaign.

The campaign ran between August and November 2022.

Teads measured campaign performance using Lumen's Research LAMP program, a predictive attention methodology developed and based on the knowledge of human behavior in digital in which environmental signals are captured on each impression from a tag embedded in the creative. Attention is estimated by the model based on the tracked environmental signals, according to Teads, which supported the measurement technology development for Heineken.

The attention metric allows brands to be three times more effective at predicting media outcomes than viewability, which is imperative across Latin America, where almost 30 billion dollars were invested in buying media in 2021, according to the companies, citing Insider Intelligence data.

On Monday, Teads announced that its brand suitability and contextual advertising offering is now available through a partnership with Integral Ad Science (IAS).

Advertisers can use Teads’ Ad Manager to access IAS’s curated list of contextual segments and optimize programmatic display and video ad campaigns on a pre-bid basis.