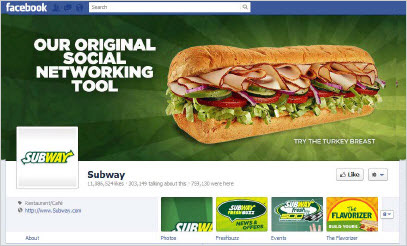 Vivaldi defines social currency as the degree to which customers share a brand or information about a brand with others. The firm surveyed more than 5,000 consumers in the U.S., Germany and the U.K. (from a multimillion online panel), researching several hundred digital and social initiatives over more than 60 brands and businesses.

Consumers were surveyed about brands and their perceptions of how well brands enable six social behaviors or dimensions: utility, information, conversation, advocacy, affiliation and identity. Brand performance or impact was measured on three levels of conversion: awareness to consideration, consideration to purchase/use, and purchase/use to loyalty.

“If there is a universal success factor, it is the degree of engagement” that a brand achieves -- social currency is merely a means to this end, Vivaldi stresses. Keeping consumers engaged requires finding the right balance of advertising, information and entertainment or utility.

However, even with all of this, converting social media performance into business or brand results is not guaranteed. “Social media investments do not impact all categories equally, and some brands simply don’t benefit from social,” the report observes -- noting, for example, that consumer electronics brands such as Apple translate social performance much less into business results or brand performance than brands like Coca-Cola. Furthermore, “there is no one success formula” for brands -- each needs to find its own route to realizing these end results.

Subway ranked #1 because it performs highly on the six social behavior dimensions as well as in impact on consumers in terms of consideration, purchase and loyalty. Its large Facebook (20 million) and Twitter audiences are highly engaged, driving conversation, advocacy and affiliation. One key: Subway “continuously manages to sell promoted deals without pushing the advertising theme too far.” Initiatives like its “Flavorizer” -- a custom app that allows users to build and name a sandwich -- emphasize its offerings’ customizable nature and build brand identity.

With a social audience of nearly 21 million (including 5.5 million Twitter followers), Google, ranked #2, leads other tech companies such as Microsoft and Apple. Its social currency success is based on its large portfolio or ecosystem of branded products that consumers access daily, including Google search, Gmail, Google Maps, Youtube and Google Plus.

Third-ranked Target leads other retailers by attracting and creating buzz and awareness among consumers across all of the major social channels, integrating its presence and devoting “enormous” attention to content creation, notes Vivaldi. It also offers custom apps for a wide variety of consumer segments (newlyweds, bargain hunters, the tech savvy, etc.).

Walmart scores higher social on performance, but Target has a higher repurchase or loyalty rate. Heineken, with more than 11 million Facebook fans (versus about 3 million for Budweiser), excels at using innovative concepts to drive viral engagement. (For example, making images and other elements from its archives available to encourage participation in its highly successful bottle redesign competitions.)

Verizon and Dunkin’ Donuts tied for the #5 ranking. Verizon ranks third among all brands in terms of its social presence across major social platforms (Facebook, Twitter, LinkedIn,YouTube, Instagram and Google Plus), ahead of all other telco or technology brands. Its active conversations via these platforms include high levels of engagement within customer support functions. Dunkin’ -- among the first to understand that brands are moderators, not owners, of their online media channels -- has invested heavily in social media support, including a large contingent of employees engaging with customers and tracking responsiveness via social analytics and monitoring tools. In Pinterest and other channels, it offers features that build brand engagement and awareness, as well as product-oriented features.

Details behind the rankings of all of the brands are accessible on Vivaldi’s site.