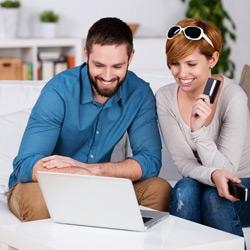 Brands that speak to affluent Americans are getting a healthy response and seeing more black ink on their balance sheets this year, especially if they have a strong digital strategy. The affluent are buying more, and shopping more online than they did last year, according to affluent-market advertising research firm Martini Media.

Income disparity is revealing itself on the digital showroom floor. The study says the gap in dealership site visitation between those making over $100,000 and those making under in visitation grew 6% percent versus the quarter last year, with the gap in auto search showing an 11% higher index for the affluent.

Moat reports that while the average universal interaction rate across all incomes as of the second quarter was 4.1%, the numbers were way higher for affluents. They topped out at 13% for retail ads; 10.3% for automotive ads; 9.5% for travel ads; and 6.1% for technology. The joint data also showed that affluent audiences spent 217% more time with retail ads than the average user, and 151% more time with auto ads.

"It's very encouraging to see the affluent engaging with ads at such high levels across these diverse categories," said Jonah Goodhart, CEO and co-founder of Moat, in a statement. "We believe engagement and interaction activity are key metrics that matter for digital advertising, and it is a good sign to see the affluent, the audience that are typically the drivers of new trends and influencers on others, lead this trend."