Ultra HDTV Growth Should Soar In A Decade 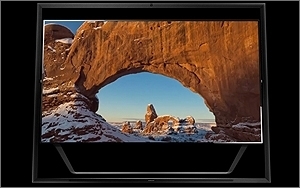 Ultra HDTV sets are steadily growing -- but they won’t reach a dominant majority of U.S. TV homes that currently have HDTV for another decade.

Analysts have derided any rapid growth over 4K TV set adoption, due to the lack of TV programming -- especially since the TV industry has just gone through its conversion to high-definition TV from standard-definition TV.

Currently, HDTVs are in 82% of U.S. broadband TV after 15 years on the market.

"With the increasing convergence in the connected home, innovations such as 4K have implications for a variety of players throughout the home entertainment ecosystem," he adds.
connected tv, technology, tv
Next story loading