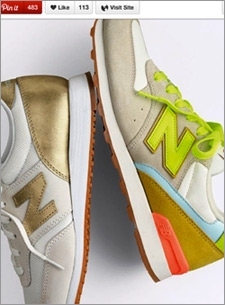 Expanding its Promoted Pins business, Pinterest is testing ads in users’ home feeds and other locations. Pinterest officially launched Promoted Pins at the beginning of the year, after nearly eight months of testing. Until now, the program has given brands more visibility by featuring their pins in search results and category feeds.

Clearly, adding Promoted Pins to users’ home feeds will give brands greater prominence on the social network. “Your home feed is the first thing you see when you come to Pinterest,” Annie Ta, product manager at Pinterest, notes in a new blog post.

Per internal findings, Promoted Pins are already being “repinned" an average of 11 times — the same as nonbranded pins.