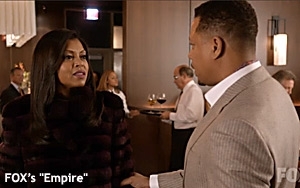 Looking at TV viewership more than halfway through the TV season, most big returning program brands are still high on the list of key viewers that advertisers still desire. But one new program brand is looking to muscle in.

National TV advertisers still buy programming primarily on a C3 basis, the average commercial ratings plus three days of time-shifting -- which for some analysts, equates roughly to live program-plus-same day ratings. Increasingly, some national TV deals are being guaranteed on a C7 basis.