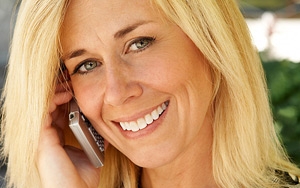 Smartphones may not have reached a complete level of parity when it comes to satisfaction, but it’s no longer just a competition between Apple and everyone else.

“This is the first time we’ve seen multiple brands ranking highest among carriers,” Kirk Parsons, senior director and practice leader of telecommunications, at J.D. Power, tells Marketing Daily. “The quality of the phones is just getting better.”

The primary reason for purchasing a smartphone also varies by carrier. Verizon Wireless customers are more likely to purchase a phone based on its features, while T-Mobile customers are more concerned with price. Overall, however, features remain the primary factor in choosing a device, although the importance of that factor has declined over the past two years.

The satisfaction levels are important. According to the study, when consumers are highly satisfied with their phones (providing an 8 rating on a 10-point scale), they spend an average of $6 more a month on wireless than customers with lower satisfaction ratings.

The differences show how the carriers the carriers themselves are affecting the device manufacturers, Parsons says. They also point to a maturing smartphone market in which the top devices are starting to show some parity.

“There are some outside influencers here, but clearly this is a maturing market,” Parsons says. That maturation will lead manufacturers to explore other ways to attract consumers, beyond newest and shiniest, he says. While Apple will continue to sell its ecosystem of products, Samsung might rely on design (such as its “Edge” feature) and others may look to battery life.

“Like any product category, it becomes, ‘How do you differentiate yourself?’” he says.