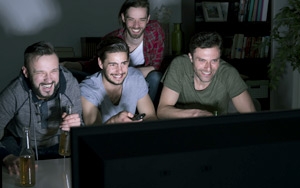 Some 50% of adults under the age of 32 won’t pay for a traditional pay TV subscription service in 10 years. But overall TV consumer cord-cutting will only rise modestly.

A report from Forrester Research says those 18 to 31 will increasingly be dropping or avoiding a pay TV subscription package in the coming years. By 2025, half of those consumers will have either “never” had a TV package (35%) or  “cutting” the TV packages they had (15%).

Still, overall cord-cutting has only climbed to 6% of the population currently, says Forrester, and it will stay below a 15% ceiling. Forrester cautions that “rumors of the death of pay TV are greatly exaggerated.” People get tremendous value from those services.