Twitter's Currency Is Live And Political 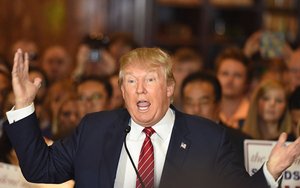 I don’t think I know of one social media app that has as much public resistance as Twitter. People I know who don’t use Twitter don’t use it with a vengeance.
They seem sure it will be too much work, or too much information. They don’t want to hear about Twitter. The #hashtag may be the Internet invention that many more millions have lampooned than ever used.

To a pretty large segment of the population, it seems Twitter is a step too far. Every time I hear some new effort to “fix” Twitter, I wonder why no one ever suggests even a bare-boned effort to reach out to consumers that reject it, especially at  a time it otherwise probably has unprecedented high visibility.

Now is that time to do it.

I’m not saying Donald Trump wouldn’t have been where he is today, one week from the election, without Twitter. But he sure put Twitter on the map for a lot of voters who never paid attention to it before. Trump’s Twitter presence contributes considerably to the more than $2 billion in earned media his campaign has received.
An interesting opinion piece in The Boston Globe last week noted that “before Trump announced his candidacy, his tweets averaged 79 retweets (other people reposting his post to their followers); in January 2016, they averaged 2,201; now his tweets routinely get over 10,000 retweets and over 30,000 likes. This is a degree of affirmation and congratulation that few of us can imagine, but most of us can appreciate.”
(But freelancer James Murphy says even on social media Trump is pretty anti-social.  “A typical Trump tweet will receive thousands or even tens of thousands of likes. Yet Trump has only hit the little heart symbol 44 times since the feature debuted last year. Clinton has liked almost 1,200 tweets.” He has nearly 13 million followers, but he follows just 41, and 17 of them have “Trump” in their name.)
Twitter might enjoy the notoriety Trump gives them, and might think it benefits from all that earned media talk. And one great thing about Trump’s twittering nature is that those 140-character missives are always current.

They are essentially live news. That's good for Twitter.

“Live” is where Twitter should be living. But in addition, Twitter is putting its emphasis is on video. From the presidential debates to NFL games, and the NBA and NHL to come, Twitter’s ability to stream video of the event and provide a place to comment right below it is a pretty perfect app, attracting a outsized number of under-35s.

Last week on its earnings call, Twitter COO Adam Bain said live streaming event is a potential $9-10 billion business for Twitter and called it the center of the app’s strategy.

What would really work for Twitter would be a good roster of live events, and an immediate marketing event--perhaps even inside the event--to teach millions of sports fans and new political junkies  how to use Twitter. To millions it remains the social site they always see cited but don’t ever, or often, use themselves. If it gets around that roadblock, Twitter could be-- to use the word Trump overuses daily--huge.