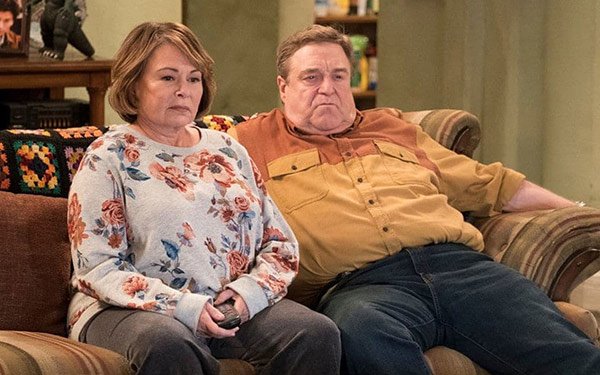 ABC says it came down to principles in making a quick decision to cancel its high-rated reboot of the “Roseanne” show, due to Roseanne Barr’s racist tweet. Consider profits as well.

“Roseanne” was the highest-rated TV show on broadcast networks among 18-49 viewers. ABC made lots of money -- around $40 million in national TV advertising, according to a number of estimates, for eight shows that ran this season.

It was looking to make much more next season. That is, until Roseanne Barr’s degrading remarks about Valerie Jarrett, a former President Obama advisor. In a series of tweets, Barr also attacked Chelsea Clinton and George Soros.

Now, the timing: Do we need to note what ABC, and other networks, are doing at this crucial time of year? Looking to selling billions of dollars in upfront advertising deals. ABC hopes to pull in around $2 billion.

So ABC didn’t hesitate. It immediately cancelled the show -- necessary from a moral point of view, and yes, from a near-term/long-term profitability point of view. (Barr's agency, ICM Partners, also dropped her as a client.)

What if ABC kept “Roseanne” going? A lower, but somewhat sizable audience would probably still watch it. And the advertising? Virtually no big or medium-sized TV marketers would be buying the show.

No one wants to be associated with what Roseanne Barr said. For many, she is closely identified with her on-air persona, Roseanne Conner. After her early Tuesday morning tweet, Barr quickly apologized and then removed herself from Twitter altogether.

For next season, ABC committed to another 13 telecasts of the show -- with potential ad revenue from these first-run episodes to be as much as $60 million, according to Kantar Media.

But for ABC, it’s not just about one show.

Major TV network advertising deals are about buying scores of TV network (broadcast, cable, and syndication) shows. ABC’s “Roseanne” was expected to be the cornerstone for upfront deals for the 2018-2019 season. Last year, ABC pulled in $1.8 billion in upfront ad commitments.

In the wake of Barr’s tweets, Viacom said it was removing episodes from the original “Roseanne” series (which ran from 1988 to 1997) on its networks, including TV Land, CMT and most recently, the Paramount Network.

Can you imagine any TV advertising executive -- especially ABC -- taking a big meeting with a major Fortune 500 company in the next several days and having to talk, in any regard, about “Roseanne”?