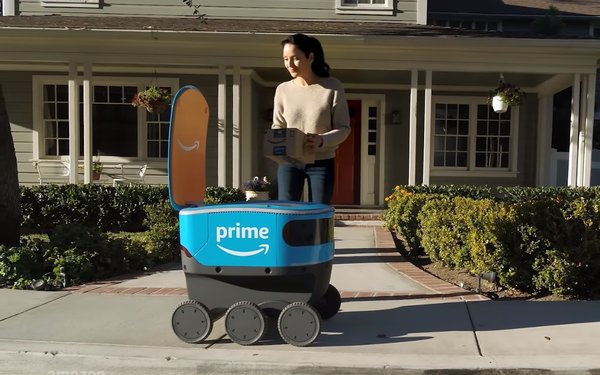 The Amazon Scout robotic delivery vehicle has been making deliveries to customers just outside Amazon’s headquarters in Washington state and now will move to customer deliveries in Southern California.

“We’ll start with a small number of Amazon Scout devices, delivering Monday through Friday, during daylight hours,” stated Sean Scott, vice president of Amazon Scout in a blog post.  “Customers in the Irvine area will order just as they normally would, and their Amazon packages will be delivered either by one of our carrier partners or by Amazon Scout.”

The wheeled robot will autonomously follow its delivery route and initially be accompanied by an “Amazon ambassador.”