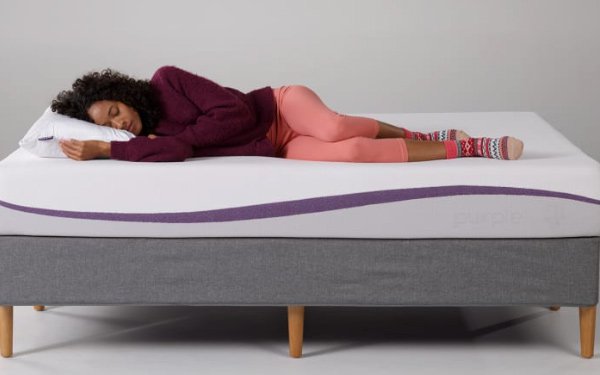 Purple began forming “cross-publisher” relationships to make media buys that include affiliate, editorial, video and more. The deals extend past network commission-based payments and CPMs into newsletters and other types of advertising. Keeping a consistent message remains key.

“We model in the media when appropriate,” said James Brohamer, director of ecommerce, digital and affiliate marketing at Purple. “So any time the consumer is on a publisher’s site such as Discovery or Meredith, we reach out to them while they are on their journey through the affiliate program.”

Brohamer joined Purple in August 2019 and began working with Rakuten Advertising’s affiliate network in January 2020. It lets the DTC mattress company, which also sells through wholesalers and retail showrooms, to customize offers to different consumers at various times while controlling margins.

The affiliate commission-based program allows Purple to serve an ad and know it’s been seen. “We’re not worried about where or what type of ad was seen,” said Brohamer.

It works best, rather than buying an ad on a CPM basis and trying to determine what works and doesn’t. “We’re paying for it in the conversion,” he said. “It’s especially effective to drive sales and make special, customized offers.”

When a consumer purchases a mattress, Purple might serve a promotion for a new pillow. If the consumer never bought a purple product, the ad could serve up a discount for a mattress.

Some messages work better than others, but it depends on Purple’s key performance indicators at the time. Some messages include bundling products, especially to create awareness.

Searches to compare mattresses or specific requests such as “I need a mattress for a side sleeper” often serve up reviews that compare manufacturers. This is where ads that create awareness work best, he said, even if it takes the consumer 30, 60, or 90 days to make the purchase.

The affiliate agreement also gives Purple access to Rakuten’s first-party data from its network of companies. The anonymized data not only comes from influencer and blogger, but sites such as Retail Me Not and Ebates, said Julie Van Ullen, managing director of the U.S. and Canada performance network business at Rakuten Advertising.

Brohamer said he is also looking into Rakuten’s other ad offerings. Rakuten launched its advertising group in February, drawing on audiences, insights and the well-established performance marketing strategies.

The new company brings together Rakuten Marketing’s affiliate network, programmatic retargeting and prospecting technology with consumer insights from Rakuten Intelligence, as well as a set of global media properties.