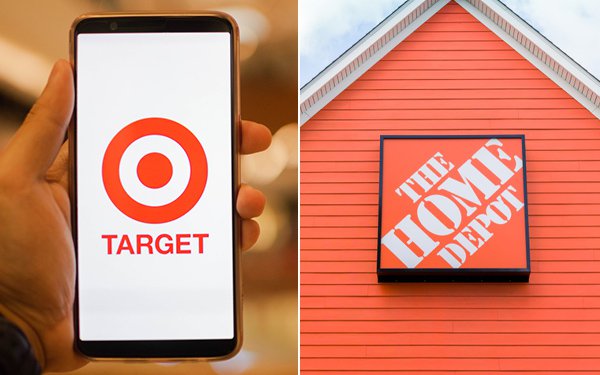 Fashion and apparel brands have been among the losers, with Macy’s search visibility on Google declining more than 20% during the pandemic. In fact, no fashion ecommerce store improved its search performance enough to make it to Searchmetrics' top 10 winners.

Amazon, eBay, and Etsy -- along with the websites of Apple, Microsoft, and Verizon -- dominated the list of winners in organic search during the pandemic, with U.S. ecommerce sales up 44% in 2020.

While many sites experienced an increase in ecommerce, Target and Home Depot are the only traditional brick-and-mortar retailers whose online stores ranked among the 10 ecommerce sites found to have made the biggest gains in Google search performance during the COVID-19 pandemic.

The study measured search performance by analyzing weekly results for millions of keywords throughout the year, scoring websites for factors such as how frequently they appear in results and how high they rank.

Searchmetrics based the top-10 ranking on a website’s absolute improvement in search performance between the start and end of 2020.

What helped some of the winners succeed? Searchmetrics found that Google’s core algorithm updates that occurred in May and December reflected changes in user behavior. Target benefited from the one in May, and eBay from the one in December.

These updates gave some brands a boost during the pandemic. For example, data showed a large increase in searches for ecommerce brands such as Home Depot and Etsy, especially during the first lockdown period in the spring, and it is believed this can carry over into helping those brands also rank higher for their generic non-branded search terms.

Online marketplaces tend to do well because their sites feature a range of products.

The breadth of content gives them a head start in organic search, in addition to their continued efforts in SEO and page quality, according to Searchmetrics.

Established brands also generally do well because Google recognizes they generate more trust from users in search results, according to the analysis.

These ten ecommerce sites achieved the largest increases in visibility on U.S.-based Google organic rankings in 2020.