A Brainwave Computer That Could Change Advertising, Starting With Spotify 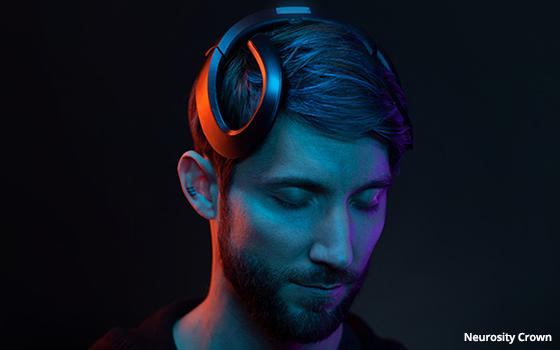 Gordon Lightfoot wrote in one of his most famous songs, ”If you could read my mind, girl, what a tale my thoughts could tell.” The founders of Neurosity took the words, written in 1969, literally and this week released the third version of technology that measures and monitors brainwaves, along with an app that connects to Spotify.

The company’s software development kit (SDK) allows developers to build applications for the electroencephalogram (EEG) wearable device for a variety of reasons. The latest helps those wearing the headset concentrate, stay focused for longer periods of time and be more accomplished throughout the day.

“We spent long hours writing the code for this operating system, but the following day we had to trash part of it because we experienced fatigue after a certain number of hours, and realized decision making was impaired,” said Alex Castillo, co-founder of Neurosity. “So we bought on neuro scientists from U.C. Berkeley and created an application that could track a person’s focus over time. We wanted to track mental state, performance, and emotions.”

Castillo left Netflix to start Neurosity in 2019, along with co-founder A.J. Keller. The two created a chip and software to embed in the device. Before Neurosity, Keller helped Boeing automate the construction of planes and robotics.

Today, Crown has enough computing power to run machine learning, and make sense of the data in real time. In fact, it’s as powerful as a MacBook Air, weighs 8.8 ounces, and the sensor configuration covers to all four lobes of the brain. It connects through Wi-Fi, near field communication, and Bluetooth. Crown, the third version of Neurosity’s device is smaller, lighter and more powerful than the previous two versions. The first launched in 2019. It rests on the crown of a person’s head. The software embedded in a chip of the device measures brain waves to help the user focus on the task at hand.

Neurosity built a music interface with Spotify. Crown can connect to Spotify allowing a person’s brain to choose the music or discover new tunes through brain waves. The goal is to help the mind achieve what Castillo calls “a productive state.” Apps are being developed to help with insomnia and addiction recovery, but he says developers can create their own from the company’s SDK.

What if marketers could use Neurosity to monitor how consumers really feel about their product and advertisement through brainwaves and emotions, rather than ticking a box in a survey? “They can,” Castillo says, but they would need opt-in privacy controls. “It’s called Neuro marketing. We haven’t seen it used with audio. When someone is listening to music they can listen to an ad and Spotify can get the emotions from the listener in real time. We don’t do that, but it’s certainly possible.”

Castillo said many people during the COVID pandemic had a difficult time sitting down to get work done, and the device helped people manage their focus with software that works in a similar way to a switch.

The Crown ships with a music app that works with the owner’s Spotify account to track a person's brain activity while they listen to songs. Based on how the person’s brain reacts to a song, the app automatically suggest more songs. These song recommendations will change according to the activity -- for example, focus, work, or chill.

Neurosity's dedicated portal shows readings from a Spotify session. It displays brain readings to indicate at what moments the person lost their focus.

Today, the apps are downloadable from a variety of developers from Apple's and Google's app stores, but Castillo plans to create an app store for Neurosity.