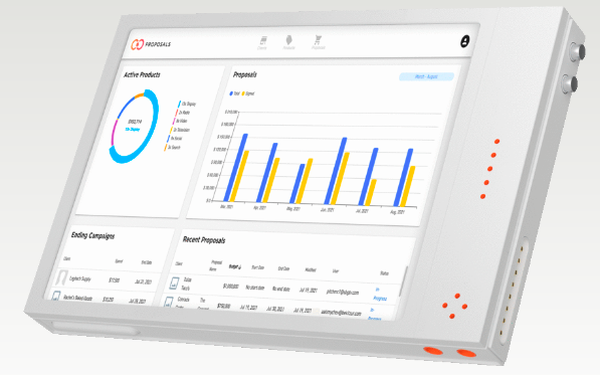 Compulse, the company known as the digital arm of Sinclair Broadcasting Group, on Tuesday plans to announce its transition into a stand-alone omnichannel marketing technology and managed services company to power and support the entire media industry. It will operate under its own LLC.

The company will operate under its own profit-and-loss statement, giving it the ability to work with companies once thought of as competitors. The new company and its planning tool will support marketers through search, social, email, programmatic, video, linear and connected TV, and other media.

With the change, the focus turns to making local media companies and agencies much more cost-effective and profitable through digital advertising. The company also will offer a white-labeled platform.

“Every media company is getting arbitraged to death,” said Compulse Managing Director Martin Kristiseter. “There are a lot of resellers of technology platforms that are arbitraging. Take a display ad impression, for example. It may cost $1.20 to get your ad on CNN. That ad ends up costing a local media company like Univision or Sinclair $4. The reason is because there are a bunch of resellers between marking-up the price accordingly.”

Kristiseter said media companies and agencies are growing their digital revenue rapidly, yet profitability margins are dropping fast due to lower retail rates and heavy amounts of markup by technology platforms and/or resellers.

That must change, he said, so Compulse will flip the process on its head to reduce the rates and pass it on to advertisers through an omnichannel strategy.

The Aberdeen Group found that companies using omnichannel campaigns retain 89% of their customers, versus 33% in companies that don’t.

To support the transition, Compulse created the omnichannel flagship platform, Compulse 360. It took more than two years to build the platform through the mergers and integration of Compulse Integrated Marketing, a full-service marketing agency; DataSphere Technologies,, a programmatic adtech company; and ZypTV,a programmatic platform for local media buyers.

By consolidating the resources of these three organizations into one unified offering, executives positioned the company for change in the way digital media is bought and sold. It enables local media companies and agencies to benefit from the engagement, reach, and profitability of omnichannel marketing campaigns. Compulse also brings decades of experience in marketing strategy and execution through consultative managed services.

The company’s flagship marketing technology solution, Compulse360, combines planning, fulfillment, and analytics into one digital platform. Offered as a SaaS solution, Compulse 360 includes more than100 integrations with other martech providers. It also simplifies operations from planning to delivery to reporting.

The platform also offers a reporting model to showcase performance, whether for a linear campaign on radio or TV or for programmatic. The company built an omnichannel reporting module that ties in all marketing technology companies in one user interface to showcase all the inventory.

“We’re not done with the M&A, this is the early days, but we’ve been working to pull together this platform for years,” he said.

The goal is to "future proof the media and agencies to have a sustainable, long term digital business," he said. "We’ve set out to consolidate the local digital ad spend by partnering with other media companies across TV, radio and Print, bring them a better solution to help them capture more market share while rapidly increasing their margins."