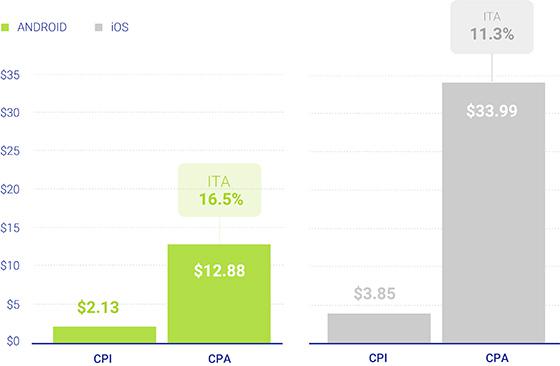 Ecommerce giants like Amazon may attribute a slight drop in sales to the re-opening of the economy and return of shopping in brick-and-mortar stores. But data released Wednesday from Liftoff, a global performance-based mobile app marketing optimization company, and App Annie, a global data and analytics company, tells a different story.

Amazon fell short of analysts’ estimates for revenue in its second-quarter results, although it posted the third $100 billion quarter in a row. It was the third revenue miss in three years.

The 2021 Mobile Shopping Apps Report, Sizing Up The Future Of Retail reveals key insights into consumer purchase behavior, suggesting that mobile retail is here to stay, regardless of in-store openings. From January to May 2021 -- as vaccines rolled out -- mobile purchase rates spiked 30%.

Drawing on more than 95 billion impressions, the report also sees Android pull ahead of iOS, with users spending 2 billion hours per week in retail apps. There were 1.1 billion clicks across 14 million installs, and 39 million in-app events between June 1, 2020 and June 1, 2021.

With back-to-school in full swing and the holiday shopping season around the corner, the data shows an interesting twist for marketers.

The analysis highlights how consumers flocked to mobile retail amid COVID-19 restrictions, boosting a years-long trend of increased adoption in the sector.

The report also notes a 54% jump in APAC for time spent in apps, followed by 40% in the Americas and 38% in Europe and the Middle East.

Android edged out iOS as the leading platform for retail. Android users were highly engaged with shopping apps, spending a collective 2 billion hours per week on these apps as of May 2021, up 51% year-over-year.