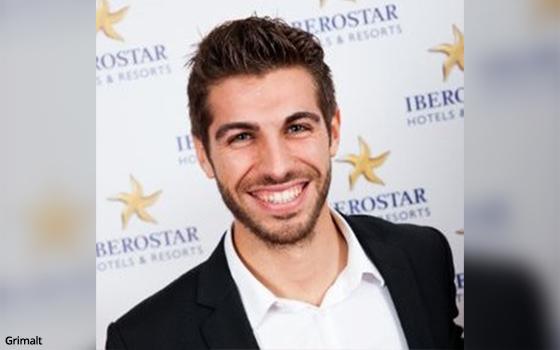 Pep Juaneda Grimalt, digital marketing manager for the Iberostar Group, said a “very fluid communication” between Google and Iberostar’s ad agency, Ad-machina, a unit of Making Science, led to success in a recent campaign during COVID-19.

Search & Performance Marketing Daily (S&PMD) spoke with Grimalt about how Iberostar has reacted to the COVID-19 pandemic and what marketers can do going forward.

S&PMD:  What you did was primarily improve your paid search strategy?

Pep Juaneda Grimalt: We created some new campaigns with AdMachina, specifically based on generic keywords -- keywords that do not include “Iberostar” in the terms. This helped us to increase click-through rates (CTRs).

Thanks to AdMachina’s keyword reduction, the ads the company showed started becoming more relevant to the user, resulting in a 43% improvement in click-through rates. Cost-per-click (CPC) got reduced and consequently, profitability increased.

S&PMD: When did the effort begin?

Grimalt: It began at the start of the pandemic. The goal was to be able to catch as many opportunities as possible when demand started to recover.

During the first months of the pandemic, we had to stop all the paid-performance campaigns and we saw an opportunity to make some big changes that are difficult to make when you are in the sales spiral that an international hotel company like Iberostar Hotels has during the year.  We worked very closely with the agencies and Google, trying to choose the best options in terms of Google Ads structure to cover all the existing demand.

S&PMD: How did the agency react?

Grimalt: Very fast. When we saw the gravity of the pandemic, we really started to work to immediately profit from the situation and be faster when we could activate paid- performance campaigns again.

S&PMD: You actually reduced the number of campaigns significantly. Can you tell me about that, from 26 to 32? How did that happen?

Grimalt: This is the key: that we were able to let the campaigns learn quicker than they had previously. In addition, Ad Machina helped us to add new keywords  and this is key because these keywords that we didn't realize would work for us. Now,  we are able to cover more queries from the U.S.

We have a very fluent communication between Google and the agency. We established our goals and together we decided how to make this restructuring and consequently, where AdMachina can add value to our campaigns -- in this case, in the generic ones.

Thanks to AdMachina, we started to be more relevant for the user and our click-through rates jumped by 43%, our Quality Score increased by 9%, and CPCs fell. Consequently, profitability increased.

S&PMD: How did the campaign compare with past campaigns?

Grimalt: The paid search campaign was a big improvement on past campaigns. The return on ad spend was 3.25 and clicks rose 127%.

S&PMD: When and how did the effort start?

Grimalt: The effort started at the beginning of the pandemic and the main reasons were:

- Give more signals to Smart Bidding algorithms putting together campaigns that were separated in the previous structure.

- Being more agile and being able to catch as many opportunities as possible when the demand started to recover.

- Give the best answer (copy) to the users based on the query they made.

S&PMD:  How has the pandemic changed the way the company approaches paid search? Was there anything unexpected about it?

Grimalt: During the first months of the pandemic, we had to stop all the paid performance campaigns and we saw an opportunity to make some big changes that are difficult to make when you are in the sales spiral that an International Hotel company like Iberostar Hotels has during the year.  We work very close with the agencies and Google, trying to choose the best options in terms of GoogleAds structure to cover all the demand existing.

S&PMD: How quickly did you react?

Grimalt: Very fast. We saw the gravity of the pandemic, we really started to work immediately to take profit of the situation and be faster when we could activate paid performance campaigns again.

S&PMD: Was there anything about your effort that surprised you?

Grimalt: We were absolutely convinced that changes would work perfectly with the company objectives, but something that surprised us a lot was how important the copies were when you completely adapted to the user with AdMachina. When we saw metrics as CTR and Quality Score we absolutely realized that that was the way we had to follow.

S&PMD:  Was this an unusually high improvement? Can you put it in context?