ANA Finds Disconnect Over Performance Of Procurement, Especially For Media 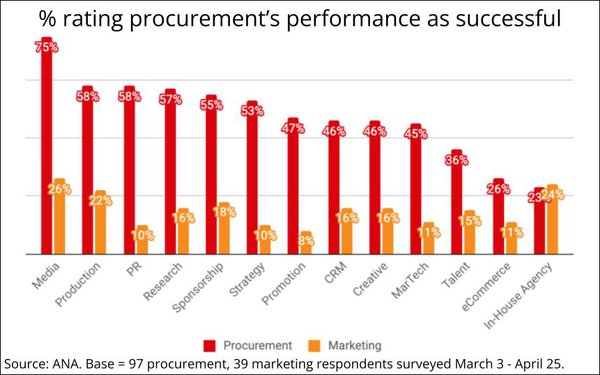 Of all the marketing disciplines disrupted by the dominance of marketing procurement, media ranks No. 1 in terms of success rates, according to a new study released this morning by the Association of National Advertisers (ANA).

The study, which is a reboot of one the ANA fielded in 2010, is also labeled by the same name -- "The Good, the Bad and the Ugly" -- and one of its uglier findings is that there is a profound disconnect in the degree of perceived success between procurement and marketing execs.

While 75% of procurement respondents deem their role in media as successful, only 26% of marketing executives responded that way.

In fact, the only area where marketing executives assess procurement success higher than their procurement counterparts is in their role in in-house agencies (24% of marketers vs. 23% of procurement execs deemed it successful).

While the wording of the ANA's 2010 study is somewhat different than the newly released one, media disciplines -- especially media-buying -- ranked at the top of "perceived impact of procurement" among procurement execs back then, though not nearly as high as they currently do (see below). 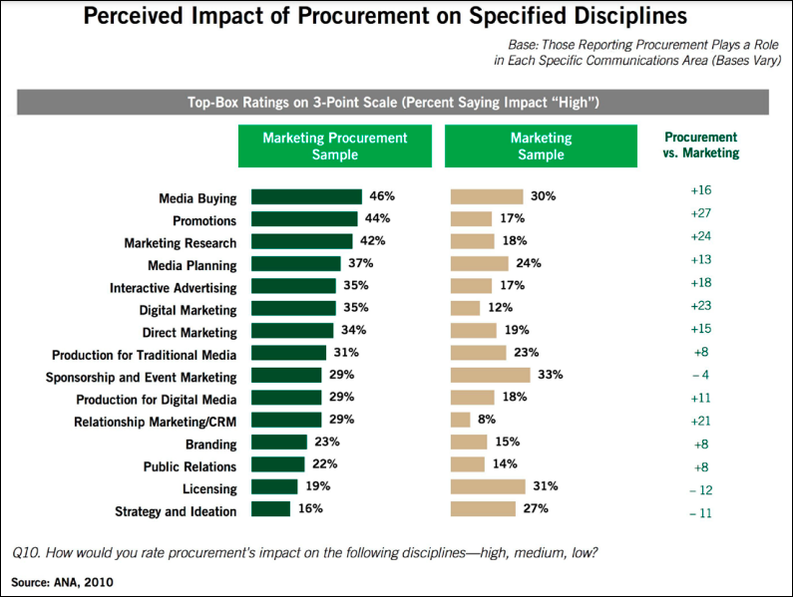