Marketers Struggle To Find Customers, Spend A Bit More On Ads To Reach Them 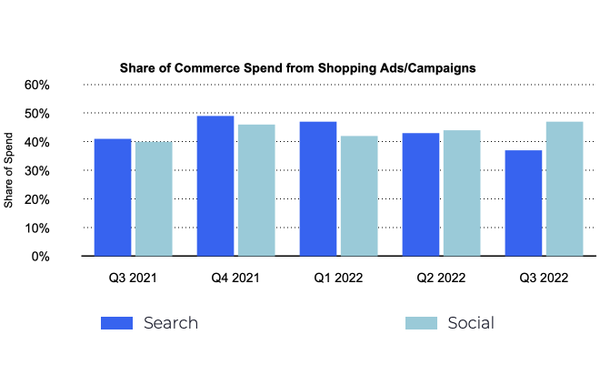 Data released from Skai, an omnichannel performance marketing company, shows marketers spent slightly more to advertise in Q3 compared with the prior quarter as they struggled to find customers.

Retail media rose 45%, while paid search rose 12% and paid social rose 12% compared with the same quarter in the prior year. Growth trends continued sequentially in all sectors except for paid social, which fell from 15%.

Ad prices declined across all channels, while the volume of ad impressions and clicks increased, reflecting market conditions and changes to ad inventory.

Retail media impressions rose 61% in the quarter, compared with a year ago. Clicks rose 64%, and cost per click (CPC) fell 12%.

Paid search impressions rose 29% in the quarter, compared with a year ago. Clicks rose 18%, and CPC fell 5%.

Paid social impressions rose 31% in the quarter, compared with a year ago. Clicks rose 23%, and CPC fell 15%.

Conversion metrics in retail media also showed a decline, which implies that bidding algorithms are adapting to lower consumer demand by lowering prices to hit cost per action (CPA) or return on ad spend (ROAS) goals, according to Skai’s data.