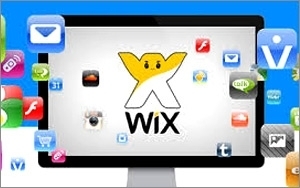 Commercials during the 2015 Super Bowl are reportedly going for $4.5 million for a 30-second ad, which is the most expensive ever offered, and web development platform Wix.com is planning to run its first-ever Super Bowl spot during the February 1 game.

After running direct response TV advertising campaigns for the past two years in the U.S., Europe and Latin America, Wix decided on Super Bowl advertising as part of a wide-scale cross-platform branding campaign. The company’s 30-second spot will tie directly into Wix’s mission to simplify website creation by providing enterprise level solutions to every business – no matter how small. Wix.com bought the spot via agency TwoNil which has offices in New York and Los Angelse.

The Super Bowl ad will be supported by additional spots and content that will be developed and tailored for various online platforms.

"I can promise it won't feature Clydesdales," says said Omer Shai, Wix.com’s CMO. "The key element for us is to use this ad to give a real sense of who we are as a brand."

This decision was not impulsive. "We have been considering a Super Bowl ad for the last few years, but this year presented the perfect combination of brand readiness and having a unique story to tell," says Shai. "We have over 55 million users around the world, and we've built this community by developing an amazing product and utilizing our marketing efforts to showcase our offering. This ad gives us a chance to pull back the curtain and give a greater sense of who we are as a company. The Super Bowl is for the biggest brands, and we believe we belong in that conversation."

This advertising push comes at a critical time for the online platform. Founded in 2006, the company has incurred net losses in each fiscal year since its inception and, as of December 31, 2013, had an accumulated deficit of $88.5 million, according to its financial reports. Last year, the global web development platform had over 42 million registered users in 190 countries; 59% of its premium subscription revenues were from annual subscriptions and approximately 41% were from monthly subscriptions.

Nonetheless, the company reports that maintaining, promoting and enhancing the Wix brand is critical to expanding its base of users and premium subscriptions and its ability to attract additional users depends in part on increasing its brand recognition. Hence, this Super Bowl spot.

Wix.com's advertising strategy has been focused more on cost-per-click advertising and social media initiatives. A portion of its marketing expenses are directed towards more traditional advertising, such as radio and television commercials in the United States, UK, Australia and Israel. The company also maintains the Wix Affiliate Program, a program where affiliates receive a commission for directing visitors to our website, by placing Wix ads on their personal websites. Lastly, Wix.com also hosts webinars, promotional contests, user meet-ups and public relations events at its Tel Aviv, New York and San Francisco offices.