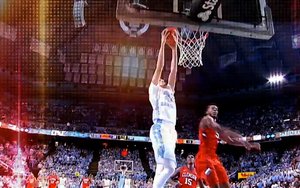 NCAA has decided to extend its TV contract with Turner and CBS for its month-long Men’s Basketball Championship -- at a higher annual license fee.

The original deal came to $771 million per year; the extension comes to $1.1 billion.

Les Moonves, chairman/CEO of CBS Corp., has said the six-year partnership with Turner’s cable networks has made it a profitable programming enterprise versus a money-losing venture when CBS had the tournament exclusively.

For this past March Madness event, Turner’s three networks TBS, TNT, and truTV aired the championship game -- the first time on a cable TV network -- which resulted in a 37% decline in viewership versus CBS’ airing of the big game in 2015. The Villanova-North Carolina game this year was one of the closest and most dramatic NCAA championship games in recent memory, according to many analysts.

Under the new agreement, all opening, first- and second-round games will continue to be shown across CBS, TBS, TNT and truTV. Key coverage of the Final Four national semifinals games and national championship will continue to alternate between CBS and Turner each year. CBS will get the games in 2017; TBS in 2018.

The NCAA says TV coverage across TBS, CBS, TNT and truTV has averaged more than 10.2 million total viewers over the last six years. And NCAA digital platform -- NCAA March Madness Live -- has more than doubled the number of its live video streams and live hours of consumption since 2011.

Turner and CBS Sports have shared its sales efforts for the NCAA Corporate Champion and Partner program, which has grown to 17 members from nine since the previous deal was announced in 2010.