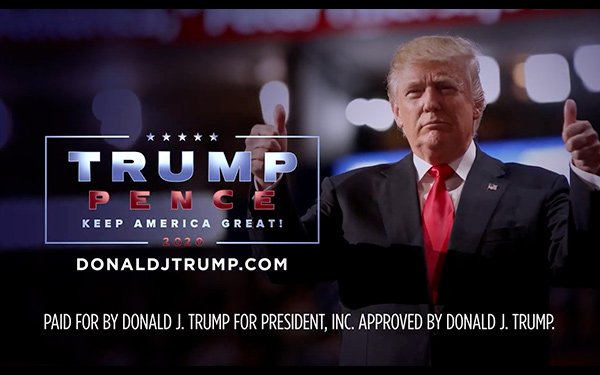 The Trump Administration and the Republican National Committee continue to ramp up national and local TV advertising efforts in light of the House of Representatives impeachment inquiry.

Since Sept. 24, the Donald J. Trump for President campaign has spent $3.95 million in TV advertising, according to Advertising Analytics. In addition, the Republican National Committee has spent $2.28 million on advertising targeting the races of key House of Representatives Democrats.

Other estimates from iSpot.tv show that between Sept. 25 and Oct. 8, the Trump campaign has had 69 national/regional airings of some seven different pieces of creative.

Looking at airings only, Fox News Channel has seen 14 during this period, followed by CNN with 13, Fox at 8, Investigation Discovery with 7 and MSNBC at 7.

The majority of specific program impressions came from NFL Football. To a much lesser extent, impressions were also seen on CBS' "Young Sheldon," college football and Fox News' "Fox and Friends."