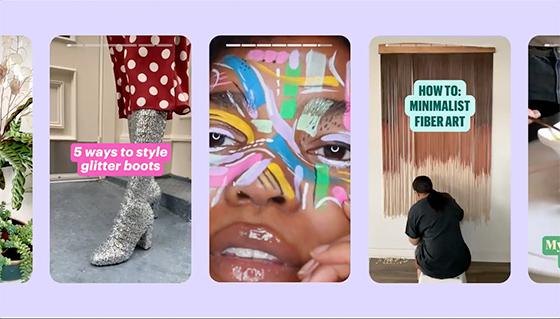 Jonathan Van Ness wants to be remembered as someone who encouraged others to view vulnerability as strength and express their feelings without the fear of being dehumanized.

When asked by Pinterest Head of Content Aya Kanai to describe the legacy he wants to leave, the podcast host, activist, actor, author, and television personality said, it would be as “someone who encourages people to process their feelings without being afraid.”

Pinterest on Wednesday became the latest to launch a Creator Fund to pay a small group of influencers to create content for the platform.

The fund will provide $500,000 in cash and media to small groups of influencers throughout 2021. The company said it will launch the program with eight creators who come from under-represented backgrounds.

TikTok launched a $200 million fund in 2020. In TikTok’s case, creators must be 18 years or older, post content on a regular basis that abides by TikTok’s community guidelines, and meet a follower threshold.

Pinterest’s Creator Code is a mandatory set of guidelines focused on educating and building a community around inclusive and compassionate content. It’s the next move in Pinterest’s ongoing pursuit to build an inspiration network and follows a long series of tools the platform has announced to help build a more positive internet.

“It’s time for a kinder internet,” according to a video launched today by Pinterest, which some influencers say encourages positive mental outlook and well-being.

The idea centers on promoting a safer and more inclusive environment, including new Comment Moderation tools.

The Creator Code is a mandatory set of guidelines that lives in the product. The code outlines specific rules that Creators must follow.

The Comment Moderation tools includes a “positivity reminder” to those pinning on the platform if they attempt to post a hateful or offensive remark. The moderation tools use machine learning to detect and remove bad comments, new spam prevention signals and allowing creators to highlight up to three comments on published content.

The moderation tools include: