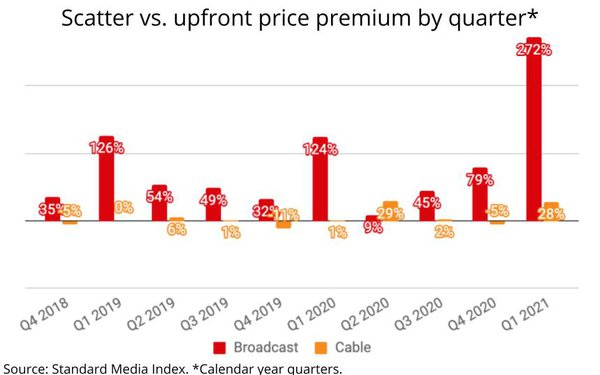 By one important measure -- the premium advertisers pay to buy short-term scatter advertising vs. what they paid in the upfront -- demand for network advertising inventory appears to have rebounded.

The data shown here -- a special analysis of actual media buys processed by Standard Media Index for MediaPost -- shows that scatter price premiums crashed for both broadcast and cable networks in the second quarter during the height of the COVID-19 pandemic, but have begun trending upward again in the first quarter of this year, especially for the major broadcast networks.

The scatter premium is considered an important leading indicator heading into the upfront advertising marketplace for the upcoming year, and this analysis suggests that demand is building heading into the 2021-2022 upfront ad negotiations.

In terms of total ad spending, network ad volume has not yet recovered from the erosion it sustained last year, but scatter ad volume began building in the third quarter of 2020, continued to climb in the fourth quarter of 2020, and dipped again during the first quarter of this year, possibly in response to rising ad prices. 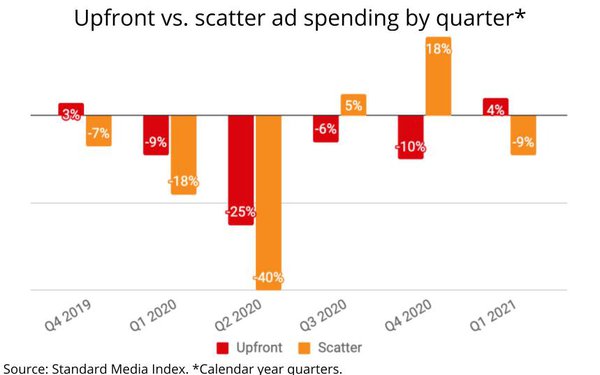 Based on another perspective, the share of network ad spending being allocated to various platforms tells another story about where the growth is coming from.

This, and other data from the analysis, will be presented and discussed at today's MediaPost Outfront Forum, a virtual event. 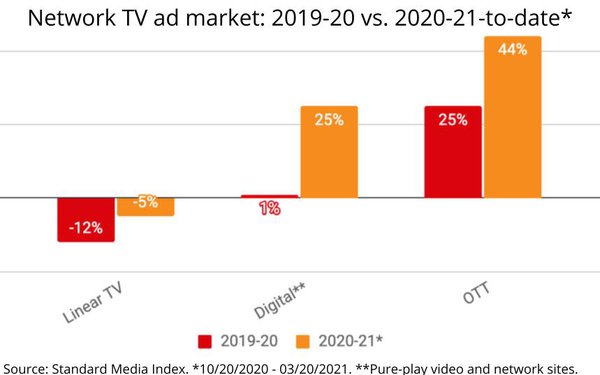