Pondering The Meaning Of This Week's Upfronts 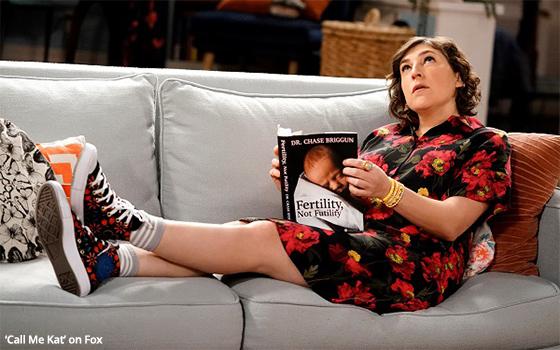 Some random observations and takeaways from the virtual upfronts held this past week on Monday through Wednesday:

Suddenly, legacy broadcasting is the gold standard for television achievement and audience delivery. One company that positioned this message front and center in its upfront presentation was Fox, which is a broadcast-first company. No surprise there.

But another company, Discovery, also positioned broadcast this way, even though Discovery is a cable-and-streaming-first company.

“We’re very excited to be at Broadcast Week for the first time ever,” said Jon Steinlauf, chief U.S. advertising sales officer for Discovery Inc. at Discovery's upfront on Tuesday.

He was referring to the fact that Discovery's upfront was indeed scheduled during the week of upfronts in mid-May when the biggest TV-network companies -- broadcast networks mostly -- traditionally put on their presentations in previous years.

This year marked the first time that Discovery's upfront was scheduled in the midst of those. “From our broadcast-level ratings to our greatest accomplishment, Discovery+, we have surpassed our cable competitors and today we stand shoulder to shoulder with the broadcast networks,” Steinlauf said.

Some who read this might disagree with his assessment, but the fact remains: He positioned broadcast television as a kind of pinnacle of achievement in the ad-supported TV business.

This likely did not come as news to Charlie Collier, CEO of Fox Entertainment, who made essentially the same point a day earlier, but from the point of view of Fox.

“As advertisers know, broadcast remains unrivaled in its reach, drawing 135 million viewers in a single week,” Collier said during Fox's upfront on Monday afternoon. “And [at] Fox alone, we reach 50 million viewers a week and more than 10 million a night. That's roughly two-and-a-half times more than the top SVOD platforms in the marketplace.”

Clearly, his aim was to promote the concept of linear -- i.e., scheduled -- television over the kind of television in which the “schedule” (so-called) is dictated by the end user, the viewer.

“And getting viewers to tune in for the same thing at the same time?” he asked. “That's more rare than ever. And when it happens at scale, it's magical. And where it happens is on broadcast.”

And here I have been long under the impression that “linear” was a word synonymous with “legacy” or “old-fashioned.” But in the face of this perception, Collier positioned Fox's linear schedule as a benefit and, though he did not specify this, a strength of broadcast network television that has been diminished and underemphasized in recent years.

Discovery's Steinlauf also used the l-word (linear) in his upfront remarks. He gave it a high priority when he said of the Discovery networks and their vast archive of content: “Our unsurpassed content library flows from linear to social to streaming.” Imagine that -- linear first.

Ad-supported television, not ad-free streaming, got a shot in the arm. That was the takeaway from several angles at the upfronts.

Most notably, there was the announcement by WarnerMedia at its upfront that it is creating an ad-supported tier for HBO Max that it will offer to subscribers at $9.99 a month.

This appears to be WarnerMedia's answer or solution to a dilemma that has arisen concerning its monthly subscription price for ad-free HBO Max, $14.99, which is a good deal higher than its streaming competitors, and seen as a barrier to achieving the company's subscriber goals for its streaming service.

Certainly, some might say that $9.99 for a streaming service with commercials is also too high. On that issue, time will tell. But on the plus side for WarnerMedia, if the gambit works, then the company stands to make money from two revenue streams -- ads and subscriptions.

And what does that sound like? Answer: Basic cable, which once upon a time pioneered the business of charging subscriptions for its content, and then slowly but surely developed a second revenue stream based on ad sales. And the rest is history.

Of course, a number of other streamers already have ad-supported tiers that come with a subscription price. Fox-owned Tubi -- ad-supported with no subscription fee -- would seem to be somewhat of an outlier in this.

But in the category of “streaming,” it is appropriate to also include the web sites owned by the broadcast and basic cable networks.

There, all of their shows can be watched at any old time for no fee, although there are, of course, commercials. Nothing wrong with that, right? It just so happens that “television” -- in the classic sense of the word -- is all about the interplay between programs and commercials.

With that in mind, it is reasonable to assume that like commercials on basic cable, advertising on the subscription streaming services will only expand, not shrink, in the future. In this way, television, like casinos -- i.e., “the house” -- always wins, right?

Photo of Mayim Bialik in “Call Me Kat” courtesy of Fox TV.