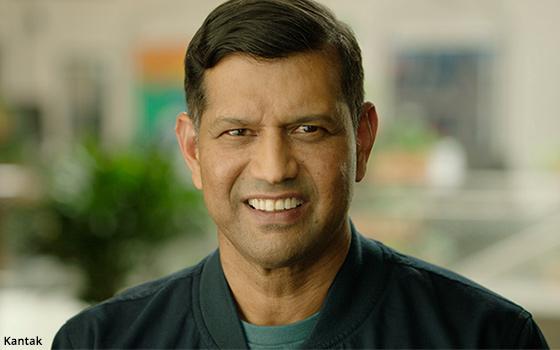 Darshan Kantak, vice president of product management for Google Ads and Search, has a passion for search ad automation, and is determined to make lift measurement as a performance metric work for all types of media.

“I’m super passionate about ad relevance, ad quality, and how machine learning can be used for users and advertisers,” he said.

Kantak has spent most of his life working in prediction sciences. "As things get more complex, there will be a moment in time when human won’t have the ability to keep up," he said. “If I ask you to multiply really large numbers beyond your initial math skills, you need a computational device like a calculator."

Thirty years ago, when Kantak attended school, he wasn't allowed to use calculators. Now they are allowed. These devices make life easier, remove some of the mundane complexity and allow humans to achieve more, he said.

Kantak wanted to work in aeronautical engineering as a kid, but developed a strong affinity for computers in the tenth grade. He began his career as a senior analyst at Goldman Sachs in 1996, moved to Siebel Systems (later acquired by Oracle) in 2000, joined Yahoo in 2004, switched to Microsoft Bing Ads in 2011, and then went on to Facebook Ads in 2015.

When asked if there is one metric that advertisers don’t use today, Kantak said “lift” -- the Holly Grail -- in all types of media. Optimizing, driving, and understanding lift, he said, is the performance metric he is passionate about.

The future of paid-search automation is focused on advertisers, making them comfortable and teaching them how to “eke” out value by using automation, he said. Marketers will learn how to understand ways to express their objectives and teach them how to train models.

“Advertisers won’t need to fight the keyword war or creative war,” he said. “They can focus more on business and the machine takes care of the rest.”

Kantak characterized the topic of automation as “huge.” Google began with bidding and moved to performance targeting, and then creative such as headlines and descriptions. There’s so much more to automate in each of the areas, he said.

Transparency and controls also are part of automation as Google tries to transition people away from thinking about keywords.

“As we expand formats, verticals and campaigns across Google, we want marketers to feel comfortable not completely understanding the mind-numbing complexities,” he said. “That’s where automation will fill in the gaps.”

Automation, a privacy-safe system, gives advertisers insights on why things work. It supports performance goals and other aspects that advertisers want from the system.

Kantak called automation “a new language” that advertisers need to learn. Some 80% of advertisers have adopted automated bidding, and over time as more automation is added, the hope is that the remainder will realize the benefits.

“I’m not saying our automation system is perfect,” he said. “There’s still a lot of work to do. It’s a journey and not a destination.”

Google supports automation in Broad Match to find new high-performing queries and emerging trends, Smart Bidding to deliver the correct creative for each query at the right price, and Responsive Search Ads to automatically assemble the most relevant creative.

To support automation, Google uses first-party privacy-consented data from the advertiser. When the data is not available from the advertiser, Google will rely on modeling techniques to fill in the gaps -- ranking and scoring predictions in the data.

Google also will use Federated Learning of Cohorts (FLoC), a privacy-safe way to enable automation, to fill in the gaps.

Kantak also talked about applying enhancements to improve value-based bidding. This type of bidding offers advertisers a way to prioritize budgets based on the true value of each customer, rather than the average value of all customers. Marketers can optimize based on return on ad spend (ROAS) rather than just conversion optimization. It’s the next “big notch” for advertisers, he said.

Here's one example. Rothy’s, a retailer that transforms sustainable materials into modern shoes and accessories, wanted to share their mission with more people through a marketing experience during the COVID-19 pandemic. To achieve this, the company decided to test a fully automated search strategy. Rothy’s used a Smart Bidding strategy to optimize for conversion value and to save them time from adjusting bids manually.

Reaching new customers in a cost-effective manner was a core focus, so they also used broad match. That helped them identify new keywords with strong demand like “machine washable” and “sustainability.” Responsive search ads then helped them show tailored messaging to the right customer. Using these together enabled personalization, resulting in growth in return on ad spend by 105% and conversions by 8%.

Not enough advertisers are taking advantage of value-based bidding, automated bidding and opting into broad-match bidding, he said.