Millions Spent In Advertising Related To Ukraine To Reach Consumers 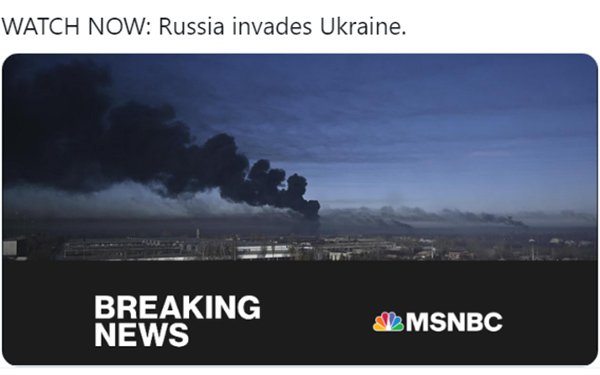 As Russia's war on Ukraine continues to devastate its citizens, land and resources, there are economic disruptions to industries and markets worldwide. Companies are stepping up their advertising strategies in support of Ukraine -- spending millions on messaging and efforts to provide resources for the country and its citizens.

Pathmatics released data today showing the shift in digital advertising spend, reflecting the crisis through the efforts of companies and industries -- especially media companies. It highlights digital advertising from a variety of brands and sectors that ran advertisements in the United States related to developments in Ukraine, such as nonprofits collecting donations for Ukraine, media companies promoting their articles about Ukraine and more.

The data analyzes the top-spending market categories and the leading advertisers and ads, as well as the sites where top spenders invested in advertising, from February 24 through March 13.

Non-profit organizations stepped up the amount spent in advertising in an effort to provide aid for Ukraine’s citizens. The vertical spent about $3.6 million.

For example, the International Rescue Committee spent $1.387 million to advertise its message related to Ukraine on YouTube. In addition, it spent about $1 million on Facebook, $66,317 on Drudge Report, $22,983 on Newsmax, and $20,276 on The Weather Channel.

Coca-Cola and PepsiCo initiated huge digital ad-spend increases or more than $170,000, and $300,000, respectively, after each said they would suspend sales in Russia.