Ogury, Hot On Personas, Appoints GM Of The Americas With A Team Mentality 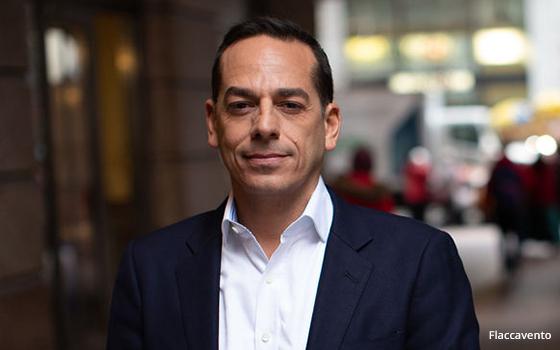 Anthony Flaccavento, newly appointed GM of the Americas at Ogury -- a global ad tech company with a strong presence in Europe and the U.S. -- spent years coaching basketball, soccer, baseball and other sports for his two children in the suburbs of New Jersey. He was an athlete in high school and had some opportunities to play at the collegiate level. But he chose a different path.

Flaccavento sees teamwork as a direct line from coaching sports to online advertising. As a marketing major in West Virginia, he had an opportunity to enter the field of advertising.

After working at companies including Tremor Video as well as Complex Media, Maxim Magazine, and Athlon Media, he joined Ogury several weeks ago, and now reports directly to the company’s COO, Geoffroy Martin.

“The interest in advertising was based on being a consumer and fan of magazines,” he said. “I was always looking for the next issue of Sports Illustrated as a kid.”

The best piece of business advice he received during his 20-year career came from Steve DeLuca, who at the time worked as the associate publisher of Maxim in the mid-2000s.

“I was promoted into an advertising director role with national responsibility,” Flaccavento said. “He told me -- when you manage, the most important thing is to bring value to the people who work for you. And you need to identify that value.”

As a general manager, Flaccavento is responsible for bringing together the thinking of employees within the organization who reside in different departments and countries throughout the world.

Ogury is an eight-year-old company that works with companies like Amazon, Microsoft, Geico, and General Mills -- as well as major holding companies such as Dentsu, Havas, and Publicis. The company is committed to a concept described as “personified advertising” -- a privacy-compliant persona-based type of targeting backed by data. The company believes this is a “more sustainable way” for marketers to reach a target audience, rather than using cookie and IDs.

The company’s 500 employees are working toward an industry shift from cookie and ID-based personalized advertising to personified advertising, based on personas, not individual user identity. It implemented this model in 2014, in advance of GDPR.

The targeting is based on more than six years of data collection from more than 2 billion consenting individuals. Those individuals help to define millions of personas in a strategy to enrich the data.

The data is based on a precise understanding of Internet users’ habits and preferences, which is constantly updated through surveys and questionnaires, as well as contextual and semantic targeting.

“It will enable us to build thousands of personas down the road,” he said. “I believe the number is 2 billion data points that we’ve collected through our privacy-compliant approach.”

Search & Performance Marketing Daily asked Flaccavento how a company convinces marketers to spend money on advertising amidst the challenges of a faltering economy.

“The market has been in choppy waters for a few months, so coming off the heels of two or three years of COVID and a volatile market, there a lot of brands that have an appetite to maintain a presence in advertising,” Flaccavento said. “Brands look to trusted partners and share the same values. … With our approach to personified advertising it will enable us to deliver personas at scale to justify their investments.”