Innovation Tells The Story For Mazda CX-9 Through Online Content 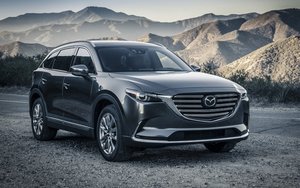 While the CX-9 will be the star in dozens of pieces of content that Mazda North American Operations plans to release in the coming weeks, each new innovation in the automobile becomes the headliner in the story.

Mazda will release more than two dozen pieces of content in the first 30 days as part of its massive multichannel campaign plans for its CX-9 SUV released during the Memorial Day weekend. Content creation and story ideas are a collaborative effort between Mazda's agency of record -- Garage Team Mazda -- and the marketing team at Mazda. In fact the two teams plan to produce more content for this campaign than any other in the past, says Russell Wager, Mazda VP of marketing.

"We have stories to tell about SKYACTIV Technology and KODO Design," Wager says.

Since more than 70% of individuals who land on Mazda's site begin on a search engine, search professionals will optimize each piece to ensure that they serve up in search query results as potential consumers seek information on features like turbo engines and high-end entertainment systems. Specific online paid media and social campaigns will push consumers directly to Mazda's site, and a new forthcoming mobile Web site will have a one-click feature to link consumers from Mazda's national site to nearby dealerships.

About 60% of potential car buyers come from mobile devices and the remainder from desktop computers, per Wager. He says the mobile site also will allow consumers to design, build and submit a request to a dealer, as well as the ability to search for available inventory -- a signature edition of the CX-9 -- on a nearby dealer's lot.

The time consumers spend online is highly valuable, Wager says, suggesting that content that consumers find useful can lessen consumer use of browser-based ad-blocking technologies. Time spent with online media will soon reach saturation and begin to cannibalize one media for another, according to data released by eMarketer Monday.

Overall, the daily figure will continue to rise slowly by just 3 minutes between 2016 and 2018 from an average of 12 hours and five minutes per day today. Video, specifically on mobile, will add a daily 25 minutes of use -- from 9 minutes to 34 minutes, per eMarketer.

"Despite its brisk growth, [digital video] still accounts for a small portion of time spent when compared to nondigital TV, which will garner nearly four-fifths of the time U.S. adults spend watching video in 2016," per the eMarketer report. This means content needs to become more precise as well as more direct in the message and in targeting the correct consumers.

Mazda targets potential consumers based on psychographic rather than demographics, appealing to personalities, values and attitudes rather than an age group or gender. The stories in the content -- about 90 seconds each -- focus on specific features such as the touch screen or sleek rosewood dash and Bose audio system. Clicking on the call-out in the clip stops the video and allows the individual to explore more information about the feature without leaving the content.

Content no doubt helped Mazda dealerships sell more than 500 CX-9s during the first three days on the market.

Mazda also launched a 30-second television spot and has begun to roll out support through social media and other online advertising. Print advertising will follow later this month. Additional support will come through traditional and digital out of home media.