Amazon Expected To Spend $5 Billion On Video Content This Year 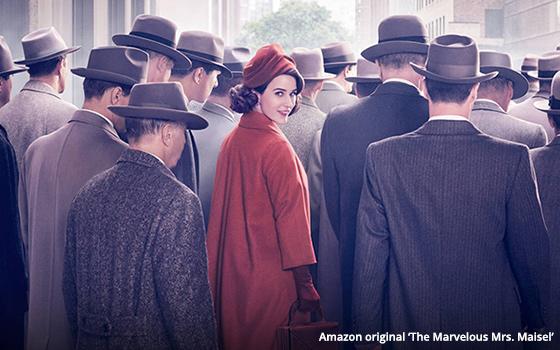 In the battle for video content, Amazon appears poised to up the stakes.

According to estimates from JPMorgan’s Doug Anmuth, Amazon is expected to invest approximately $5 billion in video content this year, with an emphasis on big-budget original shows and sports rights.

It is ad-free, although Amazon did have ads on its broadcast of NFL “Thursday Night Football,” and allows ads on channels offered through its Amazon Channels initiative.

Amazon’s increase in its video budget continues the trend of internet companies entering the media business in a big way. Netflix is expected to spend as much as $8 billion on video content this year, while Facebook dips its toes in the water with a $1 billion total. Last year Amazon was estimated to have spent north of $4 billion on content.

For comparison, broadcast networks like ABC and CBS are currently laying out between $3 billion to $4 billion on content annually, making Amazon and Netflix among the biggest content spenders in the world.

At the heart of the current spending spree for online video is the desire to occupy more consumer time, not only boosting subscriptions but laying the groundwork for possible advertising as well. According to JPMorgan estimates, video will account for 17% of online ad spend this year, but will rise to 22% by 2020. While Amazon and Netflix do not offer advertising on their subscription services now, it would not preclude them from offering packages with advertising in coming years.

Sports is expected to be a key driver not only for content spend from internet companies, but to boost online video ad growth. The live nature of sports means people watch through commercials, while delivering that video over the internet allows for more targeted, relevant and interactive ads.