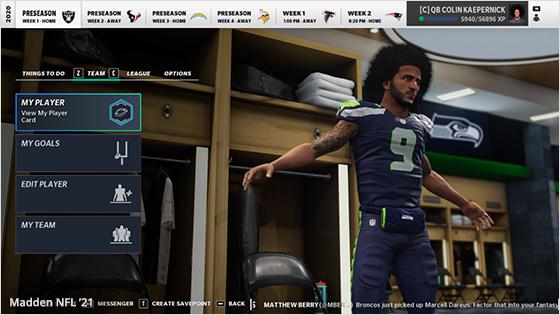 The August jump followed July’s 32% spike and June’s growth in sales, which were 26% higher.

Earlier in April and May, the COVID-19 pandemic affected business during stay-at-home orders, with 73% and 52% video-game sales business for those months, respectively.

When it comes to tracking content/game sales, NPD changed its tracking to now include full games, downloadable content, and subscription spending across all digital platforms.

Hardware and platform year-to-date sales are up 23% to $2 billion, with Nintendo Switch hitting a new record, according to NPG Group.

The top individual game -- “Madden NFL 21” -- improved on “Madden NFL 20” with higher sales as the NFL season started up over this past weekend.

This was followed by “UFC 4”, the best-selling version of the UFC series. “Call of Duty: Modern Warfare" came in third and “Ghost of Tsushima” was fourth; and “Animal Crossing: New Horizons” was fifth.

Accessory sales are up 26% to a record of $1.4 billion for the year so far. The best-selling accessory was the Xbox Elite Series 2 Wireless Controller.

U.S. video-game content was up 2% in 2019 to $35.4 billion, according to the Entertainment Software Association and The NPD Group, including revenues from all software, in-game, and mobile spend data.