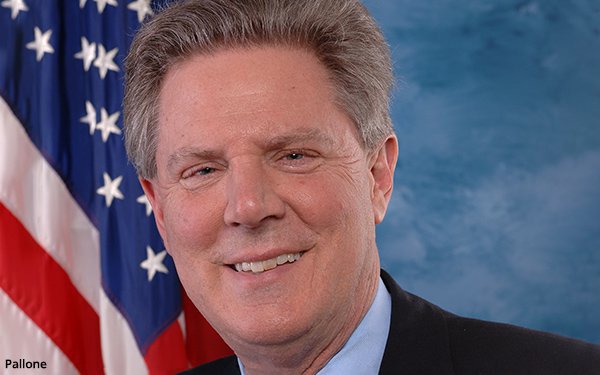 Advertising organizations are urging lawmakers to significantly revise a proposed privacy bill that could require ad-tech companies to obtain consumers' affirmative consent before drawing on much of the data that fuels targeted ads.

In a letter sent Monday to leaders of the House Energy and Commerce committee, the ad groups say the bipartisan “American Data Privacy and Protection Act” should allow companies to take an opt-out approach to targeted advertising.

“The bill should be amended so that responsible advertising -- the lifeblood of the American economy -- is subject to an opt out,” the business organizations Privacy for America, American Advertising Federation, American Association of Advertising Agencies, Association of National Advertisers, Insights Association, Interactive Advertising Bureau, and The National Business Coalition on E-Commerce & Privacy write.

“Such a change would help ensure targeted advertising practices can continue so that all types of businesses, mission-driven organizations, governments, and political campaigns can reach relevant audiences of consumers, donors, and voters,” the organizations add.

The proposed privacy bill, which would override most state privacy laws, was initially floated in early June by Reps. Frank Pallone, Jr. (D-New Jersey) and Cathy McMorris Rodgers (R-Washington) and Sen. Roger Wicker (R-Mississippi). Late last month, the House Subcommittee on Consumer Protection and Commerce unanimously voted to send an amended version of the measure to the Energy and Commerce committee.

The initial draft bill had provisions requiring advertisers to obtain consumers' opt-in consent for targeting, but it's not clear whether the current version requires affirmative consent.

One provision of the current version obligates companies to obtain explicit consent before collecting, processing or transferring “aggregated internet search or browsing history.” (That provision has some exceptions, including a narrow one for research and analytics, but not for advertising.)

The bill doesn't define “aggregated,” and the term could be interpreted to cover the type of clickstream data that's used to build marketing profiles.

But, in a seeming contradiction, another portion of the bill allows companies to engage in targeted advertising on an opt-out basis.

“This is too important to be ambiguous,” he says.

The bill also designates people's video viewing history as “sensitive” -- a classification that could prohibit companies from processing that data.

The ad organizations are also urging lawmakers to revise that provision, writing that it “would unreasonably limit the ability of content creators and distributors to understand how their content is viewed or what their audiences want.”

The groups also urge numerous other revisions, including that lawmakers add a provision to prevent private companies from “interfering with or blocking” any legal data collection and use.

While the letter doesn't name any companies, the ad industry has publicly criticized Apple for mobile privacy settings that require app developers to obtain users' opt-in consent to tracking, and Google for its plan to block ad-tech companies' cookies.

The bill is slated be marked up in the House on Wednesday, but its prospects remain unclear. Senate Commerce Chair Maria Cantwell (D-Washington) has reportedly said the measure isn't strong enough.