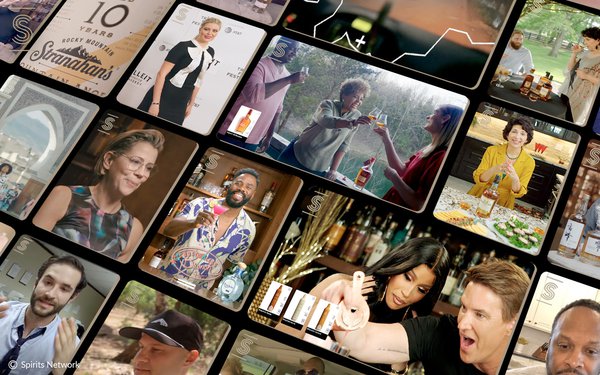 The NBTV Channels will soon launch additional channels to support content and commerce for a range of underserved and regulated-product categories. The over-the-top (OTT) network and video content company built a network to responsibly promote and sell alcohol, but will soon launch channels for golf, cannabis for health and wellness. Other categories could include sports betting, financial services, and pharmaceuticals.

“We have built the future monetization model for streaming media,” says Nick Buzzell, NBTV and Spirits Network. “The 30-second interrupted ad that most people look to avoid is not the way to engage the modern streaming customer. Companies like NBC and Netflix are all struggling to monetize the content, and all advertisers are struggling how to convert the content into sales and gain the first-party data.”

This is a focus for product placement and sponsored content, where advertisers integrate the product into the content.

Buzzell says the Spirits channel -- an app like Netflix or Hulu that launched several years ago -- runs sponsored shoppable content, giving consumers the ability to purchase alcohol and spirits from the videos running in the network app.

The channel has about 1 million members. The app, supported by companies like Apple TV, is available in the iOS and the Android app stores.

When the videos run, consumers are directed to sign up on the channel’s respective website to gain access to the apps. The company markets the apps through paid media on Google and Facebook, earned and owned media, along with celebrities such as Cardi B and social media influencers.

Email campaigns are created around the content to further distribute the message.

Buzzell says that as a startup, the company will spend about $2 million this year, and between $4 to $5 million in 2023 to drive new business. The ad campaigns drive user signups.

“We’ve been able to get the cost of acquisition down to as little as $1, with a lot of work and engineering on digital media buying,” Buzzell says. “The reason why we will launch Golf Nation is because through the data we saw almost 60% of our Spirits network audience is female and 80%, are interested in golf.”

The app’s technology identifies the consumer’s location and sends the orders to local retailers that sign up with the NBTV channel. The local store delivers the product to the consumer’s home based on a revenue share model.

The service is available in 48 states in the U.S., and in the UK and Europe.

The Golf Nation shoppable video platform, scheduled to launch later this year, will bring together the biggest names in golf, from fitness and gear to instructions and travel. This is where consumers can watch, buy and play.

The first female President of the PGA of America, Suzy Whaley, has been hired as President of Golf Nation. Whaley is a former LPGA Tour player and PGA TOUR event competitor, the Director of Instruction at the CC at Mirasol, and golf commentator for ESPN and SiriusXM.

Next year, NBTV will launch Higher Life, a channel with a CBD and focus on cannabis health and wellness.

Revenue comes from transactions, content sponsorships, and subscriptions like a bottle or box of the month club, Buzzell said.

When the network launches the cannabis network -- Higher Life -- the business model will run the same, with a box-of-the-month club subscription for items like gummies, he said. This subscription will be sold as a private-label brand.

It could be the time to launch such a channel. U.S. President Joe Biden announced last week that he is pardoning individuals federally charged with simple marijuana possession, and that “no one should be in jail just for using or possessing marijuana.” As CNN Politics states, his decision does not affect broad groups of Americans and non-citizens charged with the crime.

When asked for the amount of data collected from these apps, Buzzell said “personalization and customization is the future of media. Discovery is the key. When you join the Spirits Network and Golf Nation, you have the ability to tell us what you like. The data is put into our recommendation engine."

Buzzell began his career in live theater early on. He then stepped into television, working for iconic names including David Letterman. He also headed of production at NBCU and took part in the Hulu startup team. From his days as an agency person at Big Fuel he realized “that if I’m going to work this hard, I should own it.”

The need for branded-funded content steered him to leave Big Fuel in 2008, to start his own company, NBTV Studios, a content production company supporting Marriott, Walmart, Coca-Cola, and other.

Companies want to tell a story and sell a product, so he built NBTV Channels about four years ago The distribution channels for underserved categories -- including alcoholic beverages such as Beam Suntory as well as golf, health-related cannabis, and pets -- all serve the industry with a direct path to purchase.