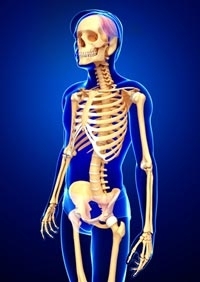 Google has set out to index the world's information across the Web. Now the company will do the same for the human body as it attempt to build a baseline for perfect health. The Baseline Study will catalog and collect anonymous genetic and molecular information initially on 175 people to create what it believes will become the fullest picture of a healthy human being.

Google plans to use its massive computing power to find patterns buried in the data. The findings should help researchers detect far earlier killers such as heart disease and cancer, pushing medicine more toward prevention rather than the treatment of illness, similar to what Dr. Harvey Eisenberg provides with Body Scan International, supported by the U.S. Department of Defense.

The Wall Street Journalreports the Baseline Study represents a scientific project designed to peek inside the human body to create a baseline that depicts a person in perfect health.

Andrew Conrad, a 50-year-old molecular biologist who joined the Google X team in March 2013, will spearhead the team in charge of collecting genetic and molecular information from thousands of anonymous volunteers, with the hope of putting together a composite sketch of perfect human health.

Information from Baseline will remain anonymous and its use will be limited to medical and health purposes. An institutional review board will monitor and oversee all medical research with humans. Boards run by Duke University and Stanford University medical schools will control how the information is used, and the two schools will recruit volunteers.

Google catalogs the Baseline Study under "moonshots projects," along with the self-driving cars, the Glass wearable computer and Internet service delivered from high-altitude balloons.