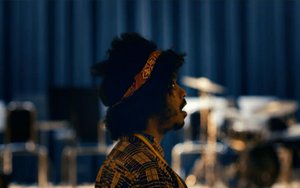 Visit Seattle, the city's tourism bureau, is enticing visitors to the Emerald City by working with five highly regarded filmmakers to bring their unique perspectives to life.

Developed with agency PB&, the concept centers on the "Project Five by Five" film series, in partnership with SundanceTV. It features five stories inspired by one of the five senses.

The series will live online at Sundance.TV, marking the first time a tourism marketing organization has released films on this platform.

The films also appear on VisitSeattle.TV, as well as VisitSeattle’s YouTube channel. It will be promoted through social and paid digital media content.

In addition to this initiative, PB& is curating other content experiences and partnerships on behalf of Visit Seattle, which will roll out through 2017, including the +Play initiative which officially launched on January 18.

This series invites people to go beyond the typical passive, one-dimensional museum experience to instead come “play” during Seattle Museum Month.

In partnership with NBC Branded Content Studio, PB& created six episodes, which rolls out online every Wednesday for six weeks on VisitSeattle.TV, the brand’s YouTube channel, as well as on select NBC sites.  Each episode brings a different Seattle-based institution to life with local children as the guide.

“No ads, no key messages, just entertainment-based content that unpacks what makes the city special, from different points of view," stated Tom Norwalk, CEO, Visit Seattle. "These films show off our culture, local icons and stories - offering people a real chance to engage with the rich history of Seattle.,”

These are the first major projects to come out of independent creative shop PB&, which opened last October. Founded by Britt Peterson Fero and Pete Anderson, formally of Publicis and Cole & Weber, respectively, the Seattle-based agency has retained several clients in addition to Visit Seattle, including Providence Health Systems and entertainment-health brand, Sqord.