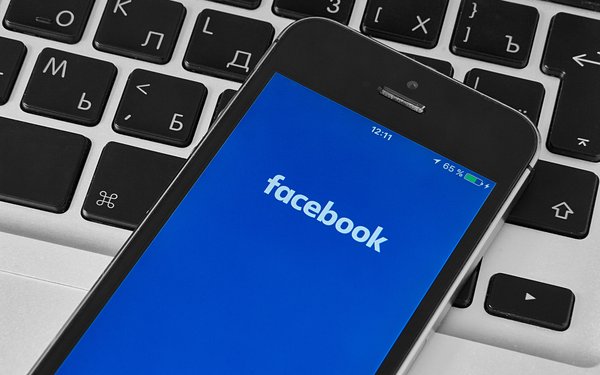 Aided by strong mobile ad sales and an ability to attract new users to its apps, Facebook increased its revenue 45% in Q2 from the same period a year ago -- up to $9.32 billion, from $6.43 billion.

The social giant's global ad revenue is expected to reach $36.29 billion this year, up 35% from 2016, according to eMarketer -- which makes  Facebook the second-largest ad seller after Google.

Mobile ad sales now comprise most of Facebook’s revenue, with mobile ad revenue for the quarter representing about 87% of total ad sales -- an increase from the prior quarter, which was 85%, and a total of 84% from the same period a year earlier.

The total for mobile ad revenue was $8 billion, a jump of 53%, beating a target expectation of $7.68 billion.

Capital expenditures for the quarter came in at $1.44 billion versus $1.73 billion expected.

Facebook reported explosive growth for its Instagram brand, which has 700 million users, 375 million users for its Direct messaging feature, and 250 million for its Snapchat Stories clone. And Messenger hit 1.2 billion monthly users.

The social giant said it’s been adding more video and display ads to the mobile version of its app as more consumers access the internet via their smartphones. It's also planning to add short TV-like original programming soon.

The company warned that its costs will increase for video-related initiatives, as well as ongoing investments in brand safety and ad measurement efforts.

And it said it expects revenue deceleration would become more pronounced in the second half of 2017.

“With growth still pacing toward better-than-40% for this year in an industry more likely to grow by teens, Facebook’s share of ex-China digital advertising will undoubtedly exceed 20% this year even before accounting for gross revenues associated with Facebook Audience Network (only net revenues are included in Facebook’s reported revenue),” Wieser reported.

Finally, “the revenue growth in the quarter is all the more remarkable considering the concerns that came to light late last year around measurement issues, use of third-party tools by large brands and broader concerns about the effectiveness of digital advertising among many large advertisers.”

Wieser noted concerns about the European Commission’s ruling on Google Shopping and the Commission's implementation of a new consumer privacy policy, the General Data Protection Regulation in May of 2018, which he said has implications for Facebook as well as Google.

In addition, he cited viewability concerns for video ad units, as many advertisers don’t realize how much of their ads are really seen. He also said saturation in digital advertising will limit growth.

More issues: Facebook recently said it’s running out of locations to place ads in its News Feed product, maxing out its ad load there, which could slow growth. Despite this problem, it added 76 million new users last quarter.

Ad-tech executives weighed in on Facebook’s Q2 results and prospects:

“Instagram provides a fabulous but limiting set of ad products. It allows for addressability, but hasn't cracked the nut on translating exposure to a call-to-action. …While with its current product, Instagram has opportunity to scale based on addressability,  it will require new ad products to really become a substantive revenue opportunity for Facebook to combat the slowdown of the newsfeed growth,” John Donahue, chief product and marketing officer, Sonobi, told Digital News Daily.

Jason Beckerman, co-founder and CEO, Unified, said that while Facebook continues to see “exceptional growth from its digital advertising,” it will need to work around the capacity it’s reached with ads on the newsfeed by looking at owned properties, like Messenger, to offer marketers more opportunities to reach consumers.

Beckerman addded, “With so many channels to reach customers through Facebook, it’s going to be vital for marketers to demand more transparency in both social ad buying and placement."

Sean Cullen, EVP, product and technology, Fluent, said his big takeaway from Facebook’s Q2 earnings is “just how much Instagram Stories is solidifying its position over Snapchat. It has much higher growth --  especially internationally -- while supporting millions of advertisers and generating an obscene amount of revenue and profit.

"It’s also interesting that Facebook is priming Messenger to be its next monetization success story. While Facebook’s ad load reached its saturation point on the core product, Messenger with its 1.2 billion users remains a huge opportunity.”