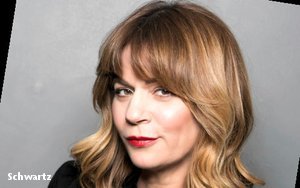 The first time I met Lori Schwartz was over a cup of coffee in the “smart kitchen” of what was the original IPG Lab in Los Angeles more than a decade ago. About eight years ago, toward the end of her IPG run as chief technology catalyst at McCann, Schwartz began taking her act on the road, conducting a series of highly curated tours of major technology event hubs -- most notably CES. That grew into her own business, StoryTech, which is 100% focused on introducing brands, and media and content companies, to emerging technologies blossoming in the field and on display in exhibit halls. With only weeks to go before this year’s CES kicks off, I spoke with Schwartz about what she has learned over the past few years and what she’s most looking forward to this year. Buckle up!

RTBlog: How many years has it been and what have you learned since then?

Lori Schwartz: I’ve been doing tours for about eight years. I’ve been out of McCann for about six-and-a-half. Over the last few years, CES has become a really big destination for brands and agencies, whereas when I was first going that was not a demographic that attended.

When I first launched the [IPG] lab it was a similar mentality in that nobody had a true understanding of how these technologies and platforms were going to change consumer behavior and change the way that consumers engaged with storytelling. It became imperative for marketers and content companies to get into an environment where they could see what was going to be the future of where consumers were going to engage.

RTBlog: What have you learned over that time? And has anything surprised you in unintended ways?

Schwartz: The one big thing that is still true today, and was true eight years ago, is that often I find myself trying to get people to think outside their business category. Usually, people are very heavily scheduled at these events and very focused on their business at hand. But the opportunity at a place like CES is to see how all of the pieces of the puzzle are coming together.

I usually ask them to trust me and not to stay focused on their business category, because there is so much to learn by experiencing the trends and the execution of those trends in other categories. It’s this one time to abandon what you think and go a little higher up and see how the whole thing gels together.

There is so much that comes out of doing that, because you see a bigger picture and you can start to forecast what’s going to happen.

RTBlog: Have you seen any clients do that? Has it had an effect?

Schwartz: It’s a great question, because I often don't get to see the outcomes of those conversations, but what I have noticed is that when people who have gone on tours with me come back, I don’t have to repeat that discussion. They get it.

People do get it once they surrender to it. It’s hard for the C-suite, because they’re so busy at CES. They are tightly scheduled, so they come at it wanting specific information. And in all honesty, some of them can only give a few hours a week to the [CES exhibition] floor, so they want it to be very targeted.

There are marketplaces and zones at CES, and the one thing I have noticed over the last few years is that they are all starting to overlap now. It used to be very independent sections and they didn’t have anything to do with each other. Now everything blends into each other. You can’t really separate out artificial intelligence and 5G and mobility and immersive content into zones.

RTBlog: Over the years, how much would you say that each year’s “going in” theme is an indicator of what will actually happen in the future? There’s always some big narrative going in -- “this is the year of” IoT, or tracking devices, or smart homes -- and in a lot of cases it doesn’t really manifest that way. How much is CES a barometer of what will actually happen next?

Schwartz: I think it’s a huge barometer. I often have people call me and say, “I just experienced that thing you showed me a few months ago.”

And I will tell you, things are rolling out faster. Moore’s Law is gone. And now it’s all about CPU and GPU power. Everything is happening so much faster that there’s not this, see something at CES and you see it play out a couple of years later. We’re starting to see the impact of all of this within months of the show. You may not see the product in the market in that form, but you’ll see business models and marketing about the things you saw much sooner than we did in previous years.

RTBlog: What questions are you getting now heading into this year’s show?

Schwartz: Everyone always wants to know what’s being exhibited in the different zones. And if they only have one afternoon, what would be the best use of their time. If you only have an afternoon, I always get the question of which ones they should go to for their business concerns. All areas are relevant to everyone, but we usually do a little strategy session when they need to decide.

For example, if they’re a more traditional marketer focused on broadcast marketing and media-buying and more traditional content channels, I would steer them to Tech East and the C Space, because those have more of the traditional consumer electronics companies. It’s where the AR and VR is and also, what’s being touted as the “new living room,” the future of mobility and what’s going to happen in the car.

If they’re interested more in completely edge technologies and how AI and 5G are going to impact lifestyle, then I would send them to the Sands (Expo Center), because it has the growing Eureka Park area, which is housing about a thousand startups, and the upstairs is focused on IoT and smart homes and lifestyle tech.

Over the last couple of years, we’ve crafted a combo tour, and that’s become very popular, because you can spend one day, and in about five hours you can get a taste of both venues. And then you can spend the rest of the week going back to the areas you think are most relevant to you.

RTBlog: What you personally most looking forward to seeing?

Schwartz: What I’m really excited about seeing is the North Hall in the Las Vegas Convention Center, which is all about mobility and autonomous vehicles. It has become one of the largest car shows in the country by accident.

Vehicle tech is in the early stages, but really exciting from simple things like cruise control and systems warnings to complete autonomy.

I think mobility-on-demand, the scooters the bikes, and the transportation as a service model, are all going to be really, really interesting.

That tied into Smart Cities is fascinating to me. I’m watching some really interesting startups coming out of all that, and I think CES will be a nice litmus test for going from what they call “resilient technologies,” which is public alerts.

I’m really interested in that personally, just as a person living on this planet, but also because of the business models that could come from it.