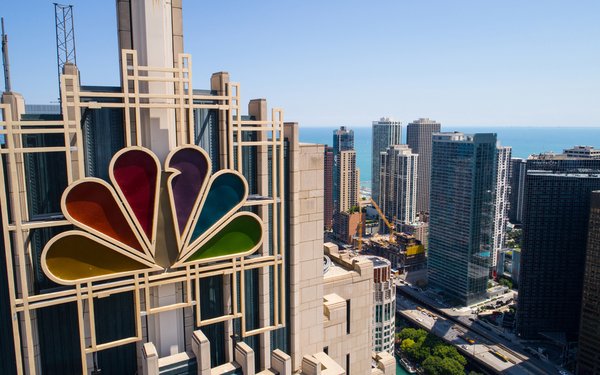 NBCUniversal says it has closed upfront advertising deal-making for the 2022-2023 season with record results -- with total volume from all its businesses at more than $7 billion, according to media executives.

NBCU says its high-profile streamer Peacock posted more than $1 billion in upfront ad commitments -- double the total of a year ago.

Looking specifically at its broadcast platforms -- including NBC Television Network, and Telemundo -- the company says there was 20% growth in broadcast entertainment, the NFL, and multicultural programming.

With regard to the latter, NBCU says Spanish-language rights to the 2022 FIFA World Cup drove incremental revenue.

NBC says there was “strong demand” for its cable network programming, with pricing “on-par with broadcast rates.”

For its part, the company says this upfront period scored “the highest-grossing upfront since Comcast’s acquisition of NBCUniversal.” Apart from Peacock, NBCU did not release specific financial dollar figures.

For all its platforms, NBCU says there was “significant” growth across retail, fast-food restaurant, consumer packaged goods, technology, social and streaming marketing categories, with the highest growth seen the pharmaceutical category -- 40% growth -- and travel, which saw a 30% increase among travel marketers.

Looking at the broader digital/streaming picture (which includes Peacock), NBCU says there was almost 20% growth year-over-year.

As it previously announced about a week ago, NBC says more than 40% of upfront business was conducted outside traditional age and gender guarantees, mostly provided by Nielsen.

Legacy TV-based media companies have been rapidly looking to expand their roster of measurement companies with broader access to data from new sources -- including smart TV and other digital connected devices, as well as first party consumer data -- this in seeking better cross platform return on media investment for marketers.

In this regard, NBCU says One Platform, its unified cross-platform selling service, has seen a 48% increase year-over-year.

In a release, Linda Yaccarino, chairman, global advertising & partnerships for NBCUniversal said: “The momentum of this year's upfront is underscored by our commitment to bring both simplicity and flexibility to a complex marketplace.”