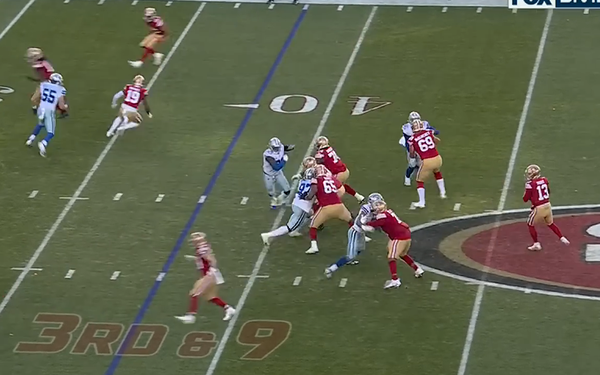 The most-viewed game this year was the the divisional playoff game between the Dallas Cowboys and San Francisco 49ers -- coming in at 45.7 million viewers.

The NFL pulled in an estimated $1.1 billion in national TV advertising revenue, offering marketers 17.7 billion impressions, according to iSpot.tv.

The “attention” index for all national TV ads, as measured by iSpot for these ads, was 66.

iSpot.tv says this “attention” number has a 100 index as average. A year ago, attention for all NFL ads for the first two weeks averaged 112.

The best result for attention this year was a CBS on-air promo for its reality competition show “Tough As Nails,” earning a 174 attention index. The best paid ad this year came from Intuit, for its “Every Dream Deserves a Chance” spot at 167.