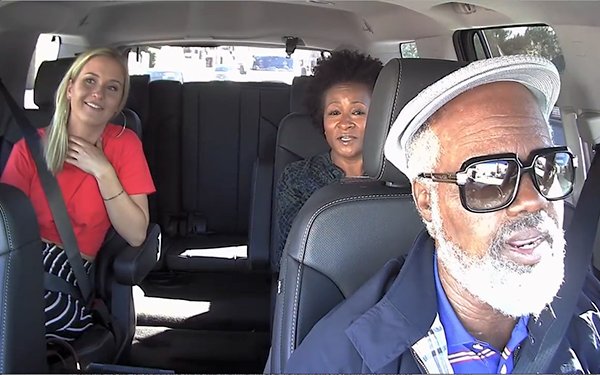 Produced in partnership with Lyft Entertainment, Hart transforms into Donald Mac, the Lyft driver. The series became one of the top branded content shows on the Internet the week of its 2017 premiere, reaching 52 million views across Laugh Out Loud’s network as well as about 1.6 million engagements on social media.

During the first year, Lyft experienced a 33% increase in fan growth on social. The demographics for Laugh Out Loud supports a multicultural millennial audience between the ages of 25 and 34, slightly skewed more toward males. It's the largest segment, but not the only one.

This time around there is an in-app integration with the series. On Tuesday, the day Season Two premieres, Laugh Out Loud will run the Lyft Legend integration nationwide where anyone who uses a code provided by Hart will receive a special promo. A "Donald Mac" image will appear within the app in place of where the app user would typically see the cars.

Laugh Out Loud sees a significant search cycle after the episode’s original airdate. Not only do the keywords “Kevin Hart” drive searches to the content, but also the character “Donald Mac.” “Viewers will see a trailer on Instagram or a tweet on twitter that someone shared, and that’s when people hit their search engines to find where the content lives,” Randolph said.

Taking a multiplatform approach will become one of the most important strategies, Randolph said. The content will be distributed across mobile on the app, on the website, with versions also living on Facebook and YouTube.

Laugh Out Loud will release two episodes today -- both available on the app and on the website -- followed by one episode per week each Tuesday, Randolph said

Kevin Hart: Lyft Legend, Season 2 will run in a series of six episodes similar to the first season.

Season 2 takes place in Los Angeles, but Lyft and Laugh Out Loud want to see more community involvement from the campaign, so there is no telling where Hart may show up in the future.