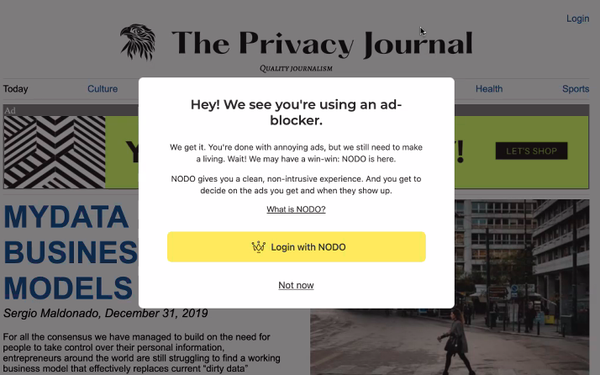 Over the past decade  have spent a considerable amount of time thinking about and reviewing potential solutions to consumer control over digital media, and I’ve come to the conclusion that there are two ways of looking at it -- one in which the industry finds new workarounds enabling it to transition its control in new forms to deal with regulatory, platform and technological threats to its old forms, and another that truly gives control to consumers to self-manage their own control.

The first way is just part of an escalating arms race between the industry and consumers for control and/or sovereignty. The second way seems to me to be the more ethical, rational and long-term, sustainable approach in a world that will require the ultimate form of “opt-in:” people willingly giving their attention to the brands and media they actually want to pay attention to.

The problem is that almost every one of the solutions I have seen that claims to take this approach is either a trojan in seemingly consumer-friendly clothing or doesn’t actually give consumers control because it simply fails to grasp how to actually do it.

Among the aspirational companies I have stumbled across in this camp are things like Brendan Eich’s Brave browser (and Basic Attention Token), Tim Berners-Lee’s Inrupt, and David Moore’s Britepool. They are all well-intentioned, but so far have failed to crack the code that makes it simple and easy enough for consumers to control the allocation of their identities, data and attention in a way that enables a viable commercial marketplace.

I continue to hold out hope that one of these or another will come along that figures it out, and over the past several months I have had the privilege to watch the development and evolution of an approach developed by Sergio Maldonado, the founder and CEO of PrivacyCloud, a three-year-old startup based in Madrid, Spain that appears to have developed a simple -- if not yet perfect -- solution for publishers, brands and most importantly, consumers.

The solution is a platform dubbed NODO, enables publishers to give consumers control of how they want to access and experience their content in an advertising and data free way.

Here’s how it works. When a consumer browser or device lands on the publishers page, it detects whether it has an ad blocker installed, and if it does, it gives the consumers the option of continuing with an advertising-free content experience via a premium model paid by third parties: advertisers.

Instead of seeing a torrent of ads on the publisher’s pages and/or having their data scraped to be retargeted in other unsavory ways, the consumer continues through to what in essence is a free version of a premium, advertising-free experience. Except there is no free lunch, of course, and the consumer is actually opting into receiving a limited number of interactions with a select group of only three brands who contact outside of the publishers’ environment altogether -- via email.

The email offers, ostensibly, are also high value to the consumer, and are targeted in as relevant a way as possible, based on the contextual -- not behavioral -- data that drew them to the content in the first place.

Maldonado calls this approach “zero-party data,” and considers it one of the most important aspects of the NODO model, because the platform is NOT about monetizing people’s data, just their attention, as part of an explicit value exchange.

As someone who has dived pretty deep into the weeds of consumer data sovereignty models over the past few years, this one seems squeaky clean to me.

NODO is coming out of beta now, and Maldonado has a some ongoing live trials taking place in Spain. He even has the financial backing of a pretty big bank that has agreed to help broker the financial exchange between advertisers, consumers and publishers, but he is focused on rolling it out in the world’s biggest media marketplace -- the United States -- and he's looking for a big publisher or two who would like to find a new way of having advertisers pay for consumers to access their content. 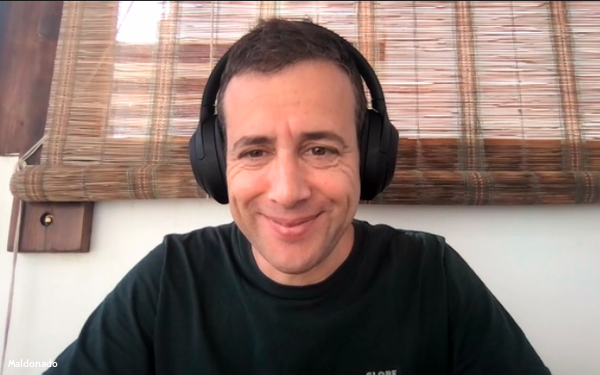