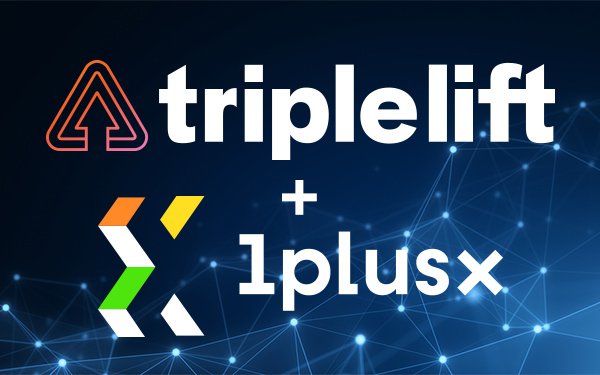 TripleLift, an ad-tech company focused on creative, media and data, announced Monday the acquisition of 1plusX, a Zurich, Switzerland-based first-party data platform to support publishers and advertisers as they transition to a world without third-party cookies in browsers to target ads.

“In the privacy-centric era, permissioned first-party data will be the new currency for digital advertising,” Airey Baringer, director, product management and privacy at TripleLift, said, adding that the combination of TripleLift's scaled media inventory and 1plusX’s privacy-centric data that enriches that media will give "publishers and buyers a new pathway forward without third-party cookies.”

Baringer said the acquisition will combine a scaled SSP and a savvy DMP -- the pathway for thousands of publishers and ad buyers in a world without third-party cookies.

As audience choices continue to evolve in efforts to better control user information, digital advertisers must rebuild platforms and strategies.

The integration of 1plusX into TripleLift’s media marketplace will enable publishers to better monetize their content, so advertisers can more effectively reach their audiences.

Juergen Galler, CEO and co-founder of 1plusX, described the core product as an AI-driven intelligence solution that takes in a client’s data, enriches it, and then turns it into precise audience and asset profiles in real-time.

TripleLift is based in New York and works with New York Times Co. and brands such as Williams-Sonoma. Last year, the company sold a majority stake to private-equity firm Vista Equity Partners.

The acquisition allows both companies to speed their roadmaps and bring new products to market.

The two companies will remain separate after the acquisition closes, and then the fifty-eight 1plusX employees will join TripleLift’s approximately 429 employees.

By providing user-based behavior insights, clients can activate these on relevant channels -- from the web to connected TV -- while operating in a privacy-advanced European market. He said that compliance is at the core of 1plusX’s technology that processes billions of data signals each day.

TripleLift was initially founded by creating native ads for the open web -- which are inherently contextual formats. It offers data-driven Exchange Traded Deals (ETDs) -- impression-level, outcome-based targeting signals that drive advertiser performance without the use of third-party cookies.

The acquisition of 1plusX gives TripleLift customers yet another powerful tool and it reinforces the company’s ongoing commitment to supporting both publishers and advertisers through the coming industry changes.

TripleLift works with more than 1000 publisher partners globally. Operating in 11 countries, 1plusX has dozens of publisher clients on their roster, including major global publishers like Axel Springer.