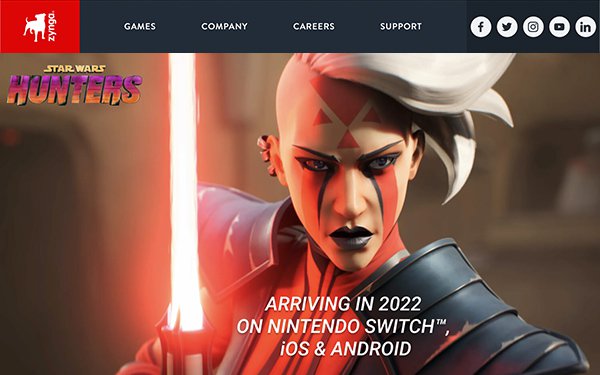 Zynga continues to build a next-generation advertising platform that will serve the entire mobile industry, and it is buying up ad-technology companies to do it faster.

The company believes its competitive advantage resides in the acquisition of Chartboost, which it acquired in spring 2021 for a reported $250 million.

Zynga can use the first-party data collected from its portfolio of games to power Chartboost’s full stack of advertising tools and services, which enables Zynga to acquire high-value game players and generate more value for Chartboost’s mobile advertising partners.

Chartboost CEO Rich Izzo said the companies are very careful to not share data. “It’s important, not only to keep the data private between Chartboost and Zynga, but also all the third parties we support,” he said. “We want to create a fair and transparent auction. Zynga is not the only buyer. Everyone else can bid.”

Between October 2020 and March 2021, mobile gamers age 50 and up worldwide spent an average of 21 minutes playing on gaming apps daily, and users between the ages of 20 and 24 spent 12.88 minutes on mobile gaming daily, according to Statista. The data company also estimates that in 2022, U.S. adults will spend an average of around 181.7 minutes watching TV each day, down from 196.6 minutes the year prior.

Areas of focus for Chartboost this year, Izzo said, include machine learning and modeling, and creatives built in-house that provide options for game developers.

In the midst of building its own ad network, the online and mobile gaming developer posted record Q4 2021 earnings last month, fueled by an all-time best quarter for revenue and bookings for Words With Friends, a multiplayer word game developed by Newtoy, which Zynga also acquired. The deal was announced in December 2010.

The idea -- to be less reliant on third parties -- led the company to build out its next-generation advertising platform, relying on Chartboost as the conduit. Take Two Interactive announced its intent last year to acquire Zynga, but the acquisition has not closed yet. Izzo and Zynga CPO Scott Koenigsberg declined to comment on what the company will look like following the close of the acquisition.

Koenigsberg did explain how Chartboost and Zynga work together. He says Chartboost runs a demand-side platform to help advertisers acquire users, not only for Zynga, but also for any third-party game publisher. The business, which works with many ad monetization partners, has been kept separate, including the data each company collects. Zynga acts as a customer of Chartboost, rather than just its parent company.

“We work with 10 or 20 partners to do ad monetization and mediation," Koenigsberg said. “That will always remain part of Zynga.”

Retailers such as Target and Walmart and grocers such as Kroger are building out their own advertising network, and Koenigsberg said it's likely based on privacy changes and movement in online advertising.

“We have a lot of data from events and actions that people take while playing games and, in theory, that data can be used to better hone the algorithms to predict actions,” Koenigsberg said.

Even with the loss of identifiers, he cited billions of events and terabytes of data in which to build on, stopping short of providing an exact number as to how many events and how much data.

“It’s not a number I can disclose or have at my fingertips,” he said.

Zynga, which has a programmatic ad business and its own direct sales team, runs experiments to determine behavior through machine learning and predictive science. Certain signals tell the company the likeliness to watch an ad or play a game, which is then built into the ad business.