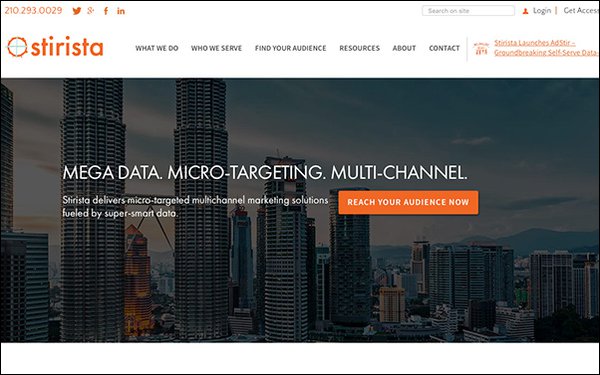 Five undisclosed agencies have been testing the platform. The launch of Adstir comes just in time, as advertisers look for ways to divert Facebook dollars to other premium inventory including OTT/CTV.

Ajay Gupta, co-founder and CEO, Stirista, wanted to build a DSP that would make media buying for OTT and CTV as easy as the self-serve platform offered by Amazon, Google, Facebook, Microsoft, and Twitter. “Google and Facebook have the majority share of ad buys, because it’s simple enough for a small business to go in and quickly get an ad up and running,” Gupta said.

Traditional DSPs might require an entire team to train before the process works. Then there are dozens of data options to pick from, along with a third party like LiveRamp to integrate the data.

Stirista wanted to make the process as easy as buying media on Google or Facebook, which offer a step-by-step process where advertisers for the most part need only to upload the creative and run the ad. Adstir removes the manual optimization and integrates with data, so it removes much of the time and cost compared with working with a traditional DSP.

Perhaps that’s because of the transparent fee structure, zero markup and lack of data and inventory surcharges -- there is nothing to inflate the cost. This allows brands and agencies to deliver omnichannel marketing campaigns across multiple channels including display, online video (OLV), OTT and CTV.

The self-serve platform with a simple set up also provides real-time reporting on campaign performance. There also is self-optimizing functionality to ensure campaigns ultimately adjust in real-time to maximize spend and impressions.