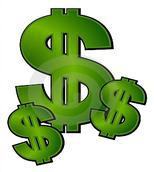 Beacons will be big in the world of the Internet of Things and it looks like the big revenue in that space will come from advertising.

On the downside, the scope of that advertising may eventually hit a ceiling, based on some new global research.

Beacon shipments passed a million units last year and will blow past 400 million within five years, according to ABI Research.

Patrick Connolly, the principal analyst on the ABI Research report, told me that the use of beacons at retail will be explosive over the next year or so, as merchants complete beacon trials.

The physical number of beacons outside of retail and away from advertising will be significantly larger, according to Connolly.

The analyst sees higher IoT uses of beacons in places like connected homes, smart cities and vending machines around the world.

“There may be something like 20 or 50 beacons at a retailer but there could be hundreds or thousands at places like airports and hospitals,” said Connolly.

Interestingly, beacon usage in area such as those will be driven by increasing efficiency.

But those used at retail are more likely to be used to increase revenue.

“Retail has the potential for huge growth,” said Connolly. “Over the next 12 months, there will be big, chain-wide deployments at retail, QSRs and restaurant chains. It’s a massive opportunity.”

And that’s where Connolly suggests beacon-based advertising may come up against some stiff competition.

“Beacons at retail will be advertising driven,” said Connolly. “That eventually will bump up against Google and Facebook, which is a much tougher proposition.”

The obvious question is when that potential competition may emerge, especially as beacon platforms and usage grow exponentially.

“Whether you are in the enterprise space or advertising space, you need scale to be effective,” said Todd Dipaola, CEO and Founder of InMarket, which uses a large platform of shopping apps to interact with shoppers.

Advertising will not be the only way for beacons to be used for consumer interactions.

“Beacon advertising represents a large opportunity for the retail industry, but it certainly isn’t the only area where beacons will drive meaningful ROI,” said Hilmi Ozguc, Founder and CEO of Swirl Networks.

Revenue from beacons being sold is projected to pass $1 billion, and that’s just for the beacons.

What to learn more about IoT? Check out the agenda of the upcoming MediaPost IoT: Shopping conference here.