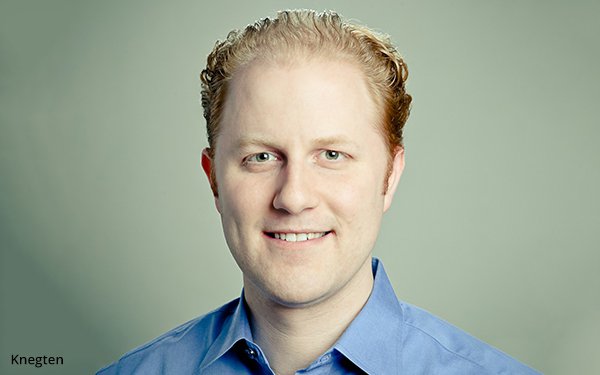 Paul Knegten, Outbrain CMO, wanted to be a drummer in a successful band. He fulfilled his dream, which brought him on a path to marketing. Knegten recently took a position as CMO at Outbrain, which generated more than $1 billion in revenue for the first time in 2021.

It may have been somewhat serendipitous, but Knegten’s band was scheduled to play a show at the House of Blues in Chicago, so the group purchased a lot of compact discs nearly for free, recorded their music on the CDs, and stood outside another concert venue giving them away, along with free tickets to the show.

Prior to joining Outbrain, Knegten was CMO of Beeswax, a company that Comcast’s FreeWheel acquired in 2021. While at FreeWheel, a connected television (CTV) platform, he worked as a senior marketing executive. Throughout his career he supported brands such as Comcast, Yahoo, MediaMath and others.

Knegten sat down with Search & Performance Marketing Daily (S&PMD) to talk about the future or advertising, how he ended up in marketing, and his favorite fictional character. What follows are excerpts from the conversation.

S&PMD:  When did you realize a love for marketing?

Knegten:  Dapper was an Israeli company to move content around the web back in 2007, 2008 or 2009. It got acquired by Yahoo in 2010. I joined as a director of business development. I was living in Tel Aviv at the time.

I had never worked in the internet industry. I also was going to Kellogg School of Management at the time.

There was a huge hole in marketing. Tying it back to standing in front of the music venue and giving away free CDs, I just thought we should be doing more of that stuff. It seems natural to me that I know how consumers will react to a message. It was the first big success I had in marketing.

S&PMD:  What is your favorite fictional character and how do you identify with it?

Knegten:  Arthur in the book Less by Andrew Sean Greer. Arthur was a character I identified with, especially in the way he processes the notions of success and failure. How do we measure the success of our life? How does that apply to the work we do every day and the relationships we build?

What is the best business advice anyone gave you?

Knegten:  The job of a good B2B marketers is to get your customer to think about you on their way home from work. I repeat that all the time with my marketing team. It’s not enough to get someone to care about your product or service. It’s important to do something above and beyond as a business, drive value in someone’s life.

S&PMD:  Why did you join Outbrain?

Knegten:  I’m passionate about what they’re doing for journalism and the fact that they directly fund newsrooms daily. Last year we drove more than $740 million direct to newsrooms. Since inception, it has driven about $4 billion to newsrooms. That’s an important mission.

The second major reason is that when I looked at opportunities and considered cookies are going away, I realized the industry hasn’t quite reconciled with what that means. Outbrain isn’t exposed to that. In fact, I think it will be a major beneficiary.

S&PMD:  What is your biggest goal for the year?

Knegten:  If we have done a good job this year, we will have elevated the category of native advertising. The category has been a bit misunderstood. I don’t know if advertisers realize how high it can perform. I’m not talking just about Outbrain -- I’m talking about the category.

S&PMD:  How do you think the elimination of IP address tracking in Google’s Chrome browser will affect advertising?

S&PMD:  How many employees report to you, and if you could sit down with them, what would you tell them about your management style?

Knegten:  A few dozen employees report to me. We need to celebrate what we do every day. Our employees love the fact that we power newsrooms. The best way to lead people is to help them understand that what they do impacts others. It’s not about telling people to do something, but rather working toward a passion they’re interested in.

S&PMD:  What type of momentum are you seeing at Outbrain?

Knegten:  We signed a multi-hundred-million-dollar, multiyear deal with Axel Springer, and a deal announced with Japan's Sankei Digital.