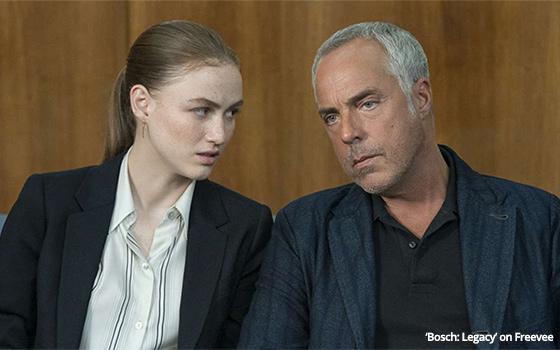 The idea behind VPP is to help brands reach any audience, while allowing Amazon content creators to focus on telling compelling stories.

“Virtual Product Placement is a game changer,” said Henrik Bastin, CEO of Fabel Entertainment and executive producer of "Bosch:Legacy." "It creates the ability to film your series without thinking about all that is required with traditional placements during production.”

One consumer products goods (CPG) company, an early adopter, experienced a 6.9% increase in brand favorability and a 14.7% increase in purchase intent for its campaign.

A new Streaming TV Media Planner enables advertisers to see their incremental streaming TV reach through Amazon Ads, and compare it to the reach they get on linear television.

With Amazon Marketing Cloud, advertisers can bring together datasets from multiple sources to generate cross-channel planning and performance insights, based on their business needs.

Colleen Aubrey, senior vice president of ad products and tech at Amazon Ads, explained how the company continuously innovates on behalf of customers and pushes to find new ways to exceed the expectations of marketers.

Freevee also picked up a second season of "Bosch: Legacy" and a third and fourth season of "Uninterrupted's Top Class: The Life and Times of the Sierra Canyon Trailblazers."

The Amazon business also secured a short-term film licensing agreement with Disney Media & Entertainment Distribution for a limited selection of titles such as "Deadpool," "Deadpool 2," "Logan," "Hidden Figures," "Murder on the Orient Express," and "The Post."