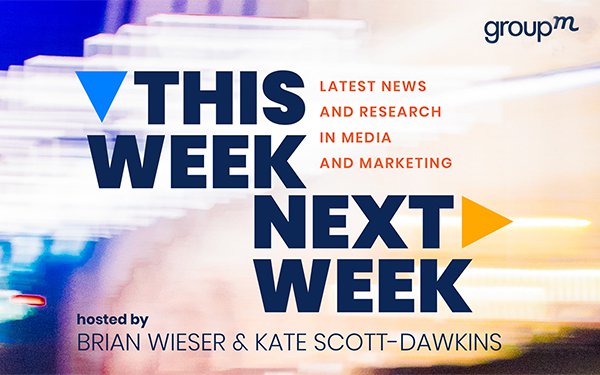 This most likely is the most anticlimactic Agency of The Year award profile I will ever write. That’s because I called GroupM as our probable holding company-level entity of the year at the mid-year mark back in July, based on what it had already accomplished by that point. I added that it was GroupM’s to lose, and challenged its peers to step up and prove me wrong.

Others did rise to the challenge, especially Havas Media, but in the end -- and after reviewing all our year-end notes and pitches -- I stand by the early call, and can add several other important industry-leadership milestones accomplished by GroupM since then.

Some of the rationale is based on things GroupM did in the past 12 months that were on par with what some of its peers have also done, including the application of carbon-emission calculators to its media-buying process, developing diversity-inclusion marketplaces utilizing programmatic technology to redirect budgets into minority-oriented and minority-owned media, and also to recruit more diverse professional talent to its organization.

But GroupM went well beyond transforming its own organization to actually impact the industry -- as well as the world -- at large.

Probably the strongest case for that was its carbon-reduction initiatives, which included heavy investment in the development of its own proprietary calculator, with the formation of a Decarbonization Client Coalition to get marketers on board. And that is not just GroupM’s, but any major advertiser that is serious about taking action to deal with the climate crisis.

Ultimately, GroupM tied the initiative into its ongoing “responsible investment framework,” which includes past award-winning accomplishments such as the creation of its Data Ethics Compass in 2021.

Then it went a step further, by publishing its proprietary carbon-calculation methodology and offering its framework to the entire industry to use as a baseline for developing an industry-standard one.

The framework -- which was jointly developed by GroupM and Choreograph Global Chief Innovation Officer Krystal Olivieri and Mindshare Global Chief Transformation Officer Ollie Joyce -- was offered as a starting point, because GroupM understood that having competing, conflicting media decarbonization methods and metrics would only serve to confuse the marketplace and slow actual decarbonization down.

Those efforts alone merited this award, because they demonstrated a level of altruism that goes well beyond winning business and servicing clients, to impact the entire world.

The second major rationale for selecting GroupM was the way it leveraged its considerable media-buying clout to help fill a leadership void that had emerged in the media measurement and accountability marketplace.

With the implosion of Nielsen as an industry standard, and the media supply chain rising forward to push its own “certified” alternative currency suppliers (see Supplier Of The Year profile on NBCUniversal), GroupM stepped up to the plate, creating its own measurement guidelines and offered the industry a cohesive “Roadmap for Audience Measurement,” which importantly included inputs from the client-side (the Association of National Advertisers) and an important, neutral, self-regulatory authority (the Media Rating Council).

Key provisions of that framework were that the development of new audience-measurement systems had to be interoperable with the way GroupM – and others -- already plan, buy and post media.

“Outlining expectations with our measurement partners and working together to implement standards is critical to create real change that makes advertising work better for our clients and to better track our progress towards client-growth goals,” GroupM North America CEO Kirk McDonald said when it published the framework.

In a related move, GroupM also took some increasingly vexing problems with the audience measurement -- and de facto currency -- used to buy premium advertising inventory in the burgeoning connected TV (CTV) marketplace, including a technical problem known as “continuous play” that credited viewing to an app user even when they weren’t watching a CTV program or ad.

After conducting a joint study with iSpot to benchmark the phenomenon, and publishing the results -- finding that overall, 8-10% of all streaming ad impressions were delivered with the consumer’s TV turned off -- GroupM began organizing a coalition of major media suppliers, clients and other agencies to create new industry standards for streaming viewability and CTV measurement.

The industry leadership moves were not unprecedented for GroupM, which has long leveraged its marketplace clout to help organize the industry around new standards.

When a similar void emerged in the media measurement marketplace heading into the 2008–9 upfront advertising marketplace as Nielsen began implementing new time-shifted audience estimates into its national TV advertising currency, it was an earlier generation of GroupM executives -- Irwin Gotlieb, Rino Scanzoni and Lyle Schwartz -- who broke an industry stalemate and got the entire marketplace to organize around Nielsen’s new “C3” (live viewing plus three days of playback) as the new industry standard at that time.

Perhaps the last major reason we are singling out GroupM as our holding company entity of the year is for the continuous work produced by its Business Intelligence team, including the weekly “This Week Next Week” podcast co-hosted by Brian Wieser and Kate Scott-Dawkins.

In addition to the team’s periodic forecasts and revisions that benchmark the ad industry’s ups and downs, the weekly podcasts break down the real-time dynamics informing their bottom-up approach to building that view, which requires them to analyze detailed earnings data from the major media suppliers, as well as big advertisers influencing key categories.

Coupled with a trove of important macroeconomic data, the team has painstakingly provided a public industry resource benchmarking the correlation -- or increasingly, the lack thereof -- between the economy and ad spending.

The team’s weekly and periodic commentaries have also provided some keen insights about the ever-changing, evolutionary nature of the media that the ad industry buys and that consumers spend their time with.

Among the most fascinating has been Wieser’s and Scott-Dawkins' soul-searching about defining and redefining the media “line items” they used to build their models, as well as their macro view of the ad industry, and where it is heading.

That commentary has been incredibly important, not just for GroupM and its clients, but for the entire industry -- including trade reporters -- to understand how the underlying classifications of media are evolving, which influences both where people will spend their time and where advertisers will spend their money.

Among the major insights that have come out of that process has been GroupM’s identification of “billions” of dollars in ad spending coming from overseas marketers, especially from China, that are advertising to reach American consumers via digital platforms such as Amazon, Meta and Google -- as well as an addition to the first and most substantive benchmark for a massive new advertising category -- retail media networks -- that already exceeds $100 billion and is expanding rapidly.

GroupM may not be unique in observing some of these industry changes, or in trying to leverage them to their own and their clients’ advantage. But it is unique in the degree to which it makes them public for the entire world to benefit from.

MediaPost has always acknowledged that these awards are only as good as the information that agencies, advertisers and the media share with us, and that we are probably missing lots of great innovation coming from others who deem theirs to be proprietary and confidential. The problem is that those cannot move the entire industry forward. And they cannot be recognized as part of these awards.