L'Oreal Vs. Google: The Impact Of Privacy On Consumers, Brands, Advertising 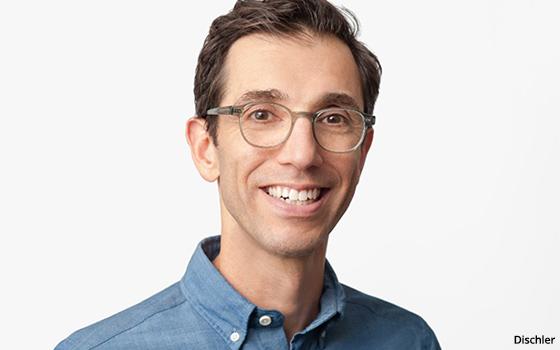 The privacy changes Google announced last week will have a major impact on its products, despite what many in the industry may think. The company uses third-party cookies for serving ads and measuring performance in Google Ads and Google Display & Video 360, said Jerry Dischler, Google VP and GM for ads at Google, on the opening day of IAB’s ILM virtual conference.

“We also realize the decision means other providers might offer a level of user identity for ad tracking that we don’t, and we’re prepared to make the tradeoff because we view it as essential for the future of privacy in advertising,” he said.

The session delved deeper into how Google addresses privacy and whether or not the company is creating a walled garden rather than keeping an open internet for ad targeting.

Shenan Reed -- L’Oreal senior vice president of media, who spearheaded the conversation with Dischler -- said based on the amount of work occurring to try and solve the challenge for a unified identifier, why not take this an opportunity to “parallel-path full solutions”?

Dischler acknowledged the work being done to rethink unified identifiers, but he and others at Google are “really worried” that individual tracking with unified IDs is not sustainable for the long term, with regard to user expectations, the evolving regulatory environment, and product changes.

Some 81% of consumers say the potential risks they face because of data collection outweigh the benefits, according to Pew Research Center.

The Pew data “does not suggest an incremental solution will get us there,” he said. ”And if we don’t solve this problem, we aren’t going to be able to preserve the value of the open and free web. … We need to take a bolder step to stay ahead.”

Last week, Google announced that once third-party cookies are phased out, it will not create new ways or use existing ways to track individuals across the web. Instead, the company will use Federated Learning of Cohorts (FLoC) to build groups of audiences.

Google is already working with big advertisers and agencies such as Mondelez, Nestle, Unilever, Omnicom, PMG, and S4 Capital.

“We’ll be using the APIs [in the Privacy Sandbox] for our products just like everyone else, and we will not build any back door … for ourselves,” Dischler said. “While we want to be clear on where our investments are, we will not block advertisers or publishers to directly connect through first-party relationships.”

Publishers, including those working with Google Ad Manager, will continue to have control over their direct relationships with buyers and vendors, and will experiment with new solutions to help support the direct deals.

Measuring the effectiveness of marketing and advertising is at risk. After all, “advertising, when done well, should be a service to the consumer,” Reed said.

Google is testing the ability to use APIs to measure performance without a third-party cookie. The process looks at more than measuring click-through conversions.

Other ways include view-through, incrementality, reach, and full attribution. Marketers should really look at performance by aggregating impact and the ability to cluster it into effective Cohorts to determine how to optimize ad spend.