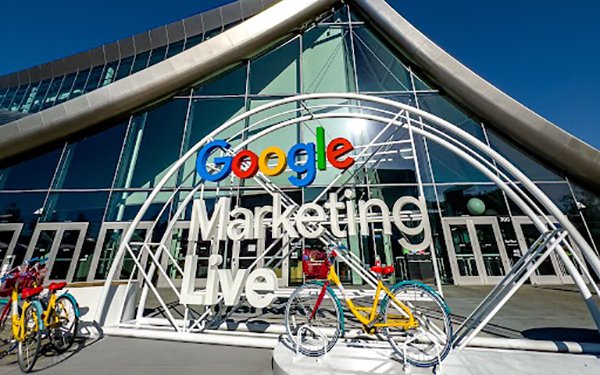 Advertisers will soon have an option to use connected television campaigns to target viewers through audience segments across YouTube and most other connected TV (CTV) apps.

This brings affinity, in-market and demographic audience segments to connected TVs through Google Audiences for CTV.

GoDaddy has been using Google affinity audiences with its digital ads. Now, it can extend that strategy and reach audiences such as “Business Professionals” or “Avid Investors” who are watching shows on Discovery’s HGTV Network or YouTube.

Advertisers using Display & Video 360 can reach 93% of ad-supported CTV households in the U.S. and access inventory on nine of the top 10 most-watched CTV apps, the company said pointing to Comscore data.

The company also said it is testing the ability to serve ads on Google TV Masthead, so viewers see the ad when they turn on their TV.

The ad displays on the home screen of Google TV devices. Google expanded the Google TV Masthead to allow more industry types to sponsor entertainment content. The “teaser format” can be tested using a Programmatic Guaranteed deal in Display & Video 360.

“Advances in technology are helping us to bridge the gap, and we’re beginning to see these advances in search,” Jerry Dischler, vice president and general manager of Google Ads, said during the keynote at Google Marketing Live on Tuesday. “With AI technologies like natural language understanding, we’re transforming search to be far more natural and helpful.”

He said Google’s vision for the potential of search means being able to search any way and anywhere -- and to find information about the image on the screen in an intuitive experience, from audio to visual, in an endless stream of visual images.

A new ad display combines organic shopping results with shopping ads for a visual shopping experience. This is for apparel brands only and becomes available through Search and Performance Max campaigns.

Advertising across Google Search will also become more visual and interactive. Advertisers using Performance Max, along with a product feed, will have an option to drive more loyalty sign-ups through the ad across YouTube, Display, Search, Discover, Gmail and Maps, Google announced.

Soon, the experience of search will blend with video.

“Online video watch-time has gone up by 34% per day during the past two years as cord-cutting become more prevalent,” Dischler said.

YouTube Shorts -- Google's TikTok rival, as of April 2022 averaged more than 30 billion daily views -- four times as many as one year ago, according to YouTube internal data. People also watch video on CTV, so Google is developing more options.

YouTube Shorts have been testing ads since last year. Google announced today the gradual rollout to all advertisers worldwide. The company shared how advertisers can connect a product feed to campaigns for shoppable video ads.

Announcements from this year’s event were also focused on Performance Max. Some of the enhancements include in-store goals, campaigns for seasonal foot traffic, tools to test potential lift, more insights, and support for Search 360 and the Google Ads app.

And, as the industry rewrites digital advertising based on consumer privacy goals, Google is building a full suite of privacy-safe measurement options. This year google will give marketers the ability to run search and conversion lift tests, including geo-experiments, directly in Google Ads and Display & Video 360.